17 Players Advance to Round 3 of FIDE World Cup

15 tie-breaks to be played. 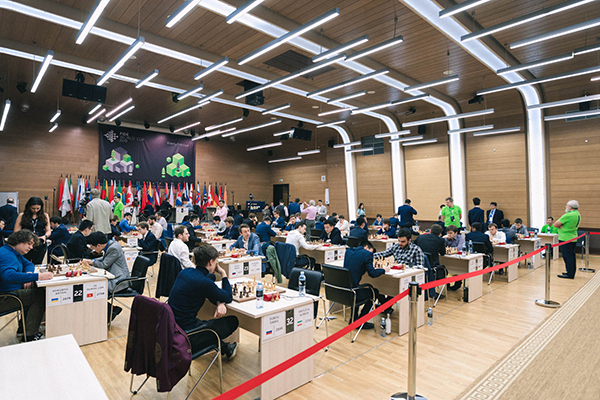 Second games of the Second Round of the World Cup were played on September 14 in Khanty-Mansiysk.

Many more matches ended with a 1.5-0.5 score. In arguably the most sensational one, Liviu-Dieter Nisipeanu (Germany) made a draw from the position of strength with Hikaru Nakamura (USA) and proceeded to the next round.

A big number of matches will once again be decided on tie-breaks.

The tie-breaks will be played on September 15.