Andrey Filatov: Aiming at As Many Medals as Possible 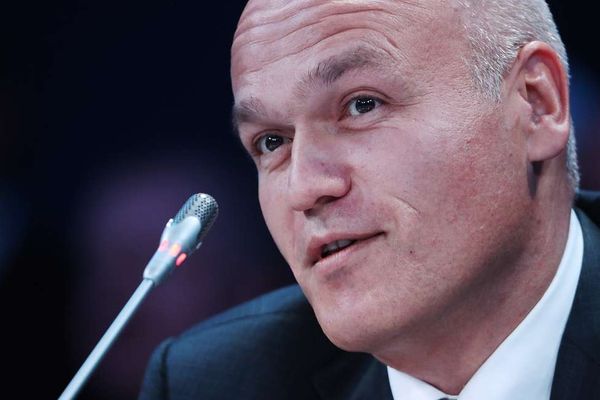 – Andrey Vasilyevich, do you follow any program to have the teams trained for the 2020 World Chess Olympiad?

– The World Chess Olympiad is a cornerstone event of the chess calendar. Being a host team of the event scheduled to take place in Russia in 2020, we definitely want to perform as best we can. To a certain degree, the European and World team championships held at odd years before the Olympiad serve the purpose of having the national team prepared for the main event. Not only do we aim at taking medals at these events, but also keep a close eye on young players in an attempt to put together the best lineup for the Olympiad.

Thus, previous European and World team championships brought into limelight such young players as Vladimir Fedoseev and Daniil Dubov. Participating in this year’s World Cup in a few days from now is yet another young player Vladislav Artemiev. We decided to invite him into the team even before his brilliant victory in the Gibraltar, and I am looking forward to his successful debut for the national team. The upcoming European championship is likely to point out to some of our young players who we could rely upon at the Olympiad.

Another key point is that the country hosting the Olympiad is entitled to put out as many as three teams.  This unique situation was in a spotlight of the recent meeting of the RCF’s coaching board in that it goes contrary to the usual case of those willing to play for the national team outnumbering the number of boards available, whereas the latter is now going to be as many as 15 for all three teams representing our country. Rather than saying that all these teams are going to be equipotential, it is a safe claim that Russia is definitely capable of putting out two roughly equal teams. We have quite a number of substitute players to choose from.

We aim at getting as many medals as possible. However, this is definitely not the case of counting heavily on one team and letting others fend for themselves to the best of their abilities. Far from it. By the way, no prearranged results are possible between Russian teams. It will be a fair play and a case of those performing better having more chances to take medals.

– We value each team in equal measures. We have captains assigned to each team already, but their lineups is not a decided matter yet. There is a list of candidates into the national teams, and the next one and a half years will help us see the dynamics of their strength and quality improvement.

Certain young players have a chance to prove their worth, which involves much in the way of preparation, though. As these young players have already been spotted by coaches, they will be assisted in a way specific for their individual needs. A number of training sessions and lessons will increase. The more opportunities we offer, the more chances of success we have. As we approach the Olympiad, it is going to be clear whether or not they manage to benefit from the opportunities offered.

Talking about the potential team members, we need to understand that we have three generation of players. Among them are “seniors” like Vladimir Kramnik (who, as you know, has recently completed his professional career, but who knows if his mood changes in between and he will end up playing for the national team), Peter Svidler, as well as Alexander Grischuk and Dmitry Jakovenko, which belong to this group through experience rather than age. Having been the core of the national team for many years now, each grandmaster has Olympic medals under his belt.

Generation two includes players celebrating 30 at the year the Olympiad takes place. First of all, they are Sergey Karjakin, Ian Nepomniachtchi and the current Russian champion Dmitry Andreikin (who will also play for the national team at the World Team Championship). We also have a slightly older Nikita Vitiugov and Evgeny Tomashevsky. They are in their performance prime. By and large, it is these two generations that the Russian national team has consisted of in the recent years.

Apart from this, we have young players slightly over 20. The leading triumvirate consists of Daniil Dubov, Vladislav Artemiev and Vladimir Fedoseev. (This said, Maxim Matlakov is in between generations two and three.)

We should also keep in mind a certain number of players aged 16-17 at the moment. We count on them as well. I will not name them for pedagogical reasons, but their names are well known already. We keep a close eye on their progress, and their getting into one of three teams is not unlikely.

– When will the 2020 Olympiad participant be announced?

– Regulations demand that final lineup of teams be announced two months before the start. I see no reasons to deviate from this tradition.

– Taking into account the previous Olympiads, which participating countries are our main rivals?

– First of all, we need to mention the highly increased competitiveness across the chess world in the recent years. Thus, the latest 2018 Olympiad in Batumi saw the Russian national team not a rating favorite for the first time in its history, ceding the first line to team USA.

This is why the USA team is our competitor No.1. Following it by rating and importance in chess is team China. All in all, those are two teams that Russia has always been competing with and who have recently taken gold medals in the men’s section.

Following China and the USA are teams representing the former Soviet Union – Azerbaijan, Armenia and Ukraine, which are known for their excellent winning traditions. Each of these three teams is in a different situation now. Thus, team Azerbaijan is altogether on the rise judging by the dynamics of its players, which mostly has to do with the fantastic improvement by Shakhriyar Mamedyarov. As for teams Armenia and Ukraine, the dynamics of their players shows the downward trend. The Ukrainian team has no players rated over 2700, which by no means points to their incapability of winning the medals at this Olympiad. The national team of Armenia has an outstanding board one Levon Aronian, but a new generation of players capable of replacing the main core has not appeared yet. However, with a year and a half remaining before the event, both these teams can add in strength due to new players appearing on the horizon.

A very interesting and strong competitor has advanced to the forefront recently that is a source of great inconvenience to other teams - team India. The country goes through a real chess boom. I do not think the Khanty-Mansiysk Olympiad will see team India totally reshaped, but some 5-6 years from now India is likely to start dominating the chess world owing to its young and strong pool of players, future stars aged 12-16 now. No less rapid progress is demonstrated by team Iran as well.

Speaking about the European teams, traditionally strong is team France, which experiences a certain deficit of young players, same as Armenia and Ukraine. However, the existing team is very potent. Same is true about Poland, England and a number of other European teams.

– Will there be any training sessions, where and when?

– A key event like this certainly calls for training sessions. All in all, chess players’ training programs are usually tailored individually, which is inherent to this type of sport. The coach’s task is not only in “pumping up” his trainee with as much of his opening knowledge as possible or in monitoring his physical form, but also in competently knitting together the bright individuals to make up the team. Unity is needed for a national team to perform successfully. This is an important element of the coach's work, tested at the training sessions, among other things.

In between competitions, players follow the programs worked out by their coaches, but they always come together for a team gathering prior to a significant team event, living side by side for a while to get along better.

– What are team Russia’s areas of strength?

– A deep bench of substitute players, their very high individual level, good training opportunities, a substantial number of coaches and opening specialists, which other teams are unlikely to boast of, and a rather high focus on winning are among them. To put is bluntly, we have been looking forward to the Olympic "gold” for too long now.

The same Vladimir Kramnik, a man who has won nearly every chess competition existing, has repeatedly voiced his goal to take the Olympic gold medals yet another time despite having already managed to do so more than once as part of the Russian team as early as the beginning of his career.

I would also like to highlight that we are being actively supported by our sponsors that help our grandmasters in organizing training sessions (both team and individual ones) and acquiring expensive soft- and hardware. This is an important element in achieving high goals, so I take this opportunity to express my gratitude to the sponsors.

– It is the second time that Khanty-Mansiysk is hosting the chess Olympiad. In what way does the 2010 World Chess Olympiad stand out in your memory?

– The 2010 Olympiad brings back the high level of management. Khanty-Mansiysk has set a sort of standard for this most important of competitions, which was followed by a more responsible treatment and execution of the subsequent tournaments of nations. This said, the 2016 Olympiad in Baku was organized on a superb level.

The 2010 Olympiad also brings back a fierce medal contest between teams Russia and Ukraine. That Olympiad was a certain disappointer for the Russian fans in a sense that the men’s team was so close to success but the Ukraine ending up stronger. That event in Khanty-Mansiysk stood to show that even with so many strong teams present it all comes down to just two or three games.

– What are your expectations of the 2020 Olympiad?

– On the one hand, we do want to make happy and surprise the chess world with further advanced standards of an event management. Khanty-Mansiysk is known to host a large number of sport events. FIDE has chosen Khanty-Mansiysk as a venue, and I do want to believe that the city will have a lot in store to pleasantly surprise the multitude of people arriving at the Olympiad. I want it to be a plain sailing. A high level of the 2018 Football World Cup management demonstrated by our country holds out a hope of a successful Olympiad to be held in 2020.

Having repeatedly conversed with the head of the region Natalia Vladimirovna Komarova, I know how seriously and responsibly the Ugra is treating the subject of the upcoming Olympiad. Being under construction are new facilities of both athletic and accommodation nature. It goes without saying that the Olympiad is not about Khanty-Mansiysk alone, but affects the state as a whole.

On the other hand, we do count on one of our teams performing successfully and competing for the gold medals. Nevertheless, I am absolutely unprepared to come up with any forecasts to predict the team competing for the highest places. We wish good luck to all three teams and are looking forward to watching, cheering and preparing them for the event equally well and doing so with great enthusiasm.