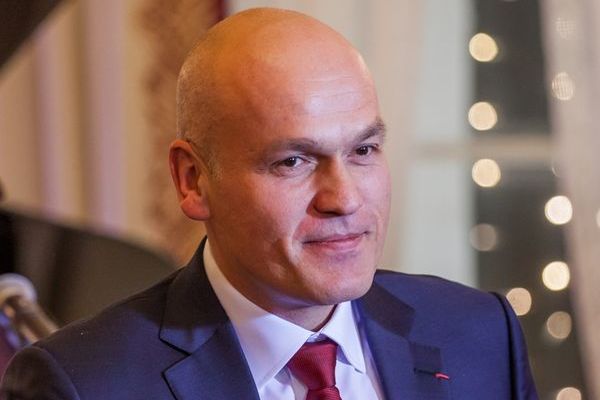 The Art Russe Foundation led by Russian entrepreneur, CFR President Andrei Filatov is ready to acquire a monument to the 26th US President Theodore Roosevelt and a monument to Alexander Baranov, the Governor of Russian settlements in North America in the late 18th and early 19th centuries, intended for demolition in the United States. Corresponding letters have been sent to the authorities of New York City and Sitka, AK, by Art Russe Director Rena Lavery.

One of the letters emphasizes the need to preserve for historical purposes the monument to Roosevelt, "an important figure connected to Russia at different points in the history of the two countries." The Foundation "would very much like to acquire this important bronze statue and is in a position to negotiate with any relevant parties." The same is stated with regard to the Baranov monument.

“For me, this is primarily about the preservation of the memory of statesmen who influenced the history of Russia, the development of its economy and statehood. Alexander Baranov was not just the governor of Russian settlements in North America. An incredibly gifted and energetic entrepreneur, he was involved in establishing Russia’s new trade ties with China and the United States. His role in the nation’s trade and economic development was enormous”, said Filatov in a TASS interview.

He also noted that "we should be grateful to Roosevelt for supporting Russia in a difficult, losing war with Japan". "It was the United States, under the presidency of Roosevelt, that mediated the 1905 peace talks, and the Portsmouth Peace Treaty signed in the United States had been concluded on conditions so favourable to Russia that Witte was received back home as the winner," added Art Russe Founder.

Founded in 2012, the Art Russe Foundation has one of the largest private collections of Soviet art by outstanding artists of the period from 1917 to 1991.

Earlier, the New York Times reported that the monument to Roosevelt, located in front of the entrance to the American Museum of Natural History in New York, will be removed following the approval of the museum’s proposal by the city hall. Representatives of the museum emphasized that the decision was based on the statue itself – namely its “hierarchical composition” – and not on Roosevelt. The bronze statue represents Roosevelt on horseback, flanked by a Native American and an African man.

The removal of the monument to Baranov in the historical centre of Sitka, which until 1867 was named Novo-Arkhangelsk and was the capital of the Russian colonies, has been initiated by a group of citizens. They spoke at an open session of the city council on June 23, stating that the statue could be offensive to indigenous people.

Founded in 2012, the Art Russe Foundation has one of the largest private collections of Soviet art by outstanding artists of the period from 1917 to 1991.