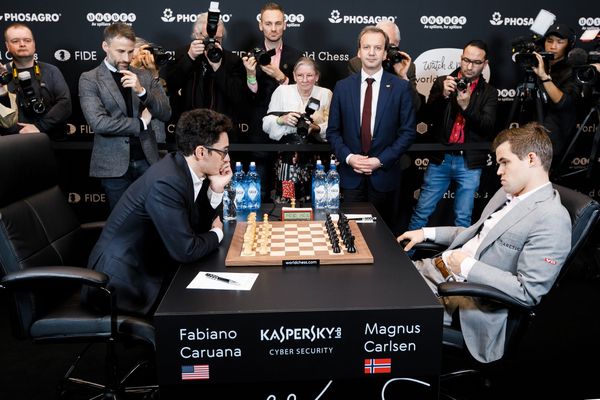 The ultimate 12th game with a classical time control of the World Championship Match between Magnus Carlsen and Fabiano Caruana was played in London on November 26. The challenger had the white pieces. Caruana abode to starting the game with the king's pawn, while Carlsen played the Sveshnikov Sicilian again. The World Champion was the first to deviate from the line which had been played in games 8 and 10 and later he even applied a novelty which caught his opponent off guard. Caruana had a chance to make a draw by repetition, but he ran risks and answered the bell. Soon White's position became fearsome - Carlsen seized the initiative and had a substantial time advantage. But he surprised the whole world of chess when he offered a draw in a rather promising position on move 31.

Thus, all 12 games with a classical time control were drawn. The World Champion's title will be determined on tie-break which will take place on November 28. Magnus Carlsen will play with the white pieces in the first game.

Sharing his impressions with our website is 14th World Champion Vladimir Kramnik:

– The final classical game was taking quite an underwhelming course for the candidate. Firstly, it was about his ineffective prep since 12...h5 has somehow escaped his attention. I employed 12.h4 against Roganovic at the Batumi Olympiad, and the opponent came back with 12...a6, which is probably the strongest in this position. I am amazed by his not having looked into 12…h5 at all. Something to say about his coaching staff’s work.

Fabiano’s followup performance was quite poor. I would have never played f2-f3 as a move contradicting the nature of the position. Tastes differ, as they say, and this complex position can be handled in many ways, but I am not a fan of f3. Another disappointer is 0-0-0…Although not devoid of logic, it became clear before long that the only side with attacking potential is Black.

However, it was followed by something weird. Somehow, Carlsen wanted to make a draw instead of winning the game. Even after а5-а4 the edge is still with Black, and the final setup looks very promising indeed. Meanwhile, Black’s play could have been sharper, including such ideas as b7-b5. White seems to have one foot in the grave already. Even the final position is quite unpleasant for White, at least from the practical point of view. Black can play Ra6, threatening a4-a3 and Rb6 ... In practical terms, White’s position is extremely unpleasant, coupled with his lack of thinking time. Carlsen’s decision defies logic and is hard to fathom. The World Champion is bound to persist in such positions.

I understand that he is rightfully considers himself a tiebreak favorite. However, there is no absolute certainty in that, in the first place: I think the chances of winning the final position were much higher than winning the tie-break itself. Even from a purely human point of view: the fact of everyone watching the match obliges to battle it out, which is especially true for a world champion. However, it has nothing to do with Fabiano, who came out to fight as White and refrained from repeating moves when running into 12 ... h5, which he clearly overlooked in his preparation. He did want to fight, but it just did not work out for him. As for Magnus, refusing to go on in a better position has had the entire world shocked! This is not the Magnus we have come to know. This said, a champion should act differently in situations like this, from my conservative point of view. Being too old-fashioned and conservative perhaps, I still think it is not the way to go - offering a draw in a better position in the most crucial of moments, with more thinking time at that. It does not raise to the status of world champion.

Sided with no player before, this incident has convinced me to root for Fabiano in the upcoming tie-break. At least, he has demonstrated a champion’s character, if not a champion’s play; unfortunately, this is not to be said about Magnus. With this in mind, I wish that Caruana won because the champion has to fight and be a fighter, always showing his preparedness to do what it takes.

Objectively speaking, Carlsen's tie-break chances are much higher, even if there is no guaranteeing anything. Caruana is not at all bad in rapid chess; even if not his stock in trade, there is no neglecting him as a weak rapid player, especially if motivated enough. And motivated he will be; besides, an element of randomness is rather high. I would evaluate chances as 60 to 40.

The only positive thing about this premature draw is yet another exciting day of chess in store for us. Had the game continued, there might have been no tie-break, it feels like. Thanks Magnus for giving us one more day of exciting chess!

– Can we say that Magnus was not especially true to himself in this match? After all, he is known for fighting till the last pawn...

– We can. There are obviously some latent problems here as he might be tired of tension, fighting; maybe even of chess itself to a certain degree. This is a clearly psychological decision, testifying to the difference between the present Magnus and the one we knew earlier. There is something changed about him. Anyway, even if feeling nervous and something going wrong, you have to get the better of yourself and go on fighting, especially in a position like this! It gives one a weird feeling. There is no calling it even pragmatism since purely practical chances of winning this position, as I have mentioned already, were higher than those of winning a tie-break. It was virtually a risk-free adventure. I wonder if he could at least make some more moves before the time control. Being in time trouble and dubious position, checkmating the opponent is not to be ruled out.

Carlsen seems no longer confident in his powers and wants to move to the comfort zone. It gives you a sad feeling, him being a great chess player capable of delivering incredible chess; however, something has been in his way lately both in this match and in general. Based on the above-mentioned psychological issues, the decision taken by him is probably natural, but I am sure he is going to regret it. This is not about winning or losing, not about as much as an image even - it is about self-esteem. Magnus is a fighter by nature, and I doubt his feeling comfortable in the months to come. I think he committed a grave human error for sure, maybe even a chess-related one at that. We are going to see the correctness of it tomorrow.

– Compared to the previous world championship matches, is the current one less interesting?

– The level is decent; some games were of interest. As for draws...Paraphrasing a well-known expression I say that one could not, and another would not. Caruana did try, but failed because Carlsen is a superb player after all. As for Carlsen, one might say he was not especially keen on winning and that a kind of apathy was emanating from him. He seems willing to win the match somehow and be over it. As if he were after shaking off the unpleasant duty of having to retain his title. Still, this is a wrong approach. Sooner or later, you are going to drop the title anyway, and here you are losing something more than the title - a fighting spirit. This is about losing more than gaining. I am not his judge, but it has been to his detriment more than anything.

No matter how the match ends, Carlsen needs to think again after the match about everything happening, about his motivation. He needs to answer the question why he plays chess after all. This match seems to be exclusively about his keeping the title, but I don’t think you need one if fed up with it and needing it just as a kind of fetish. It will give you no joy whatsoever. Besides victories, you need chess to be a source of joy. This joy is about overcoming yourself, giving you a drive, a boost of adrenaline! This is about discovering inner strength in yourself and delivering great chess when it comes to a decisive game! I think Magnus has forgotten about it lately for some reason, which is a somewhat sad thing to see...

I hope he is going to remember it, him being a great player. I hope Magnus will enjoy playing chess and making everyone happy with his performance again. 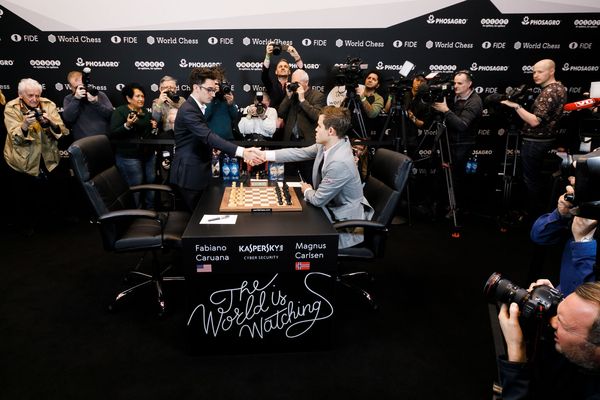 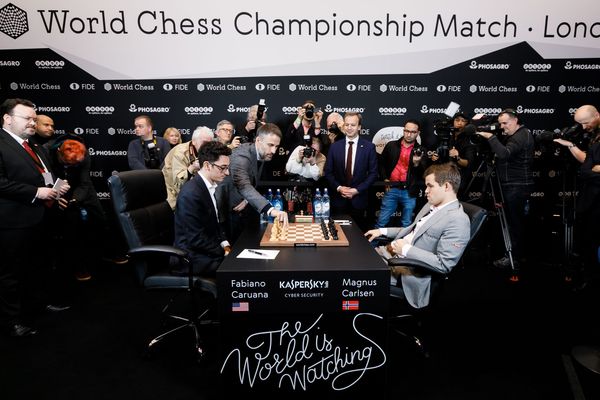