Andrey Filatov: Chess Olympiad in Batumi Is the Strongest in History 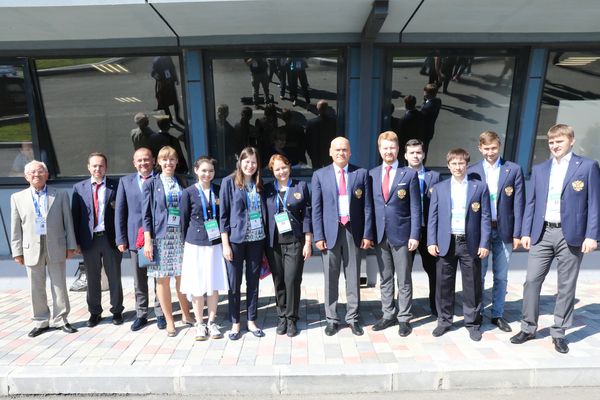 THE STRONGEST OLYMPIC COMPETITION EVER ASSEMBLED

Gone are the days when the national team of the USSR or, later, Russia, was considered the favourite in the main team tournament. Over the past few decades, traditional perceptions of favourites and outsiders have changed. A case in point is the fact that the last four Olympiads were won by different teams (Ukraine in 2010, Armenia in 2012, China in 2014 and USA in 2016). The current Olympiad appears as the strongest team competition ever assembled, with no fewer than 10 teams contending for gold medals. Russia, in spite of its strong chess tradition, is not a favourite based on the average rating, which places the US team first. And judged by the line-ups, there is a dozen contenders for medals, with the United States, China, India, Azerbaijan, France, Ukraine and Armenia all displaying extremely strong rosters...

ORDER OF WORDS IN A SENTENCE

On the eve of the tournament, the coaching team faces an important question: how to assign grandmasters to the boards? A classical, if not trivial approach consists of rating-driven seeding. However, Russian coaches led by Andrey Filatov decided to surprise opponents.

Vladimir Kramnik, the most titled grandmaster and the only world champion on the Russian national team, has been assigned to the third board. Apparently, this tactical move is necessary in order to give an opportunity to prove themselves to the young Karjakin and Nepomniachtchi, who will play on the first two boards. At the last Olympiad in Baku, Karjakin «managed» the first board extremely well, while Ian delivered a brilliant result on the third. We can’t wait to see the outcomes of the new assignment, and whether the ambitious Kramnik will be able to show his best qualities in an unusual role. Experienced grandmasters Nikita Vitiugov and Dmitry Jakovenko will be representing our country on the fourth and fifth boards. 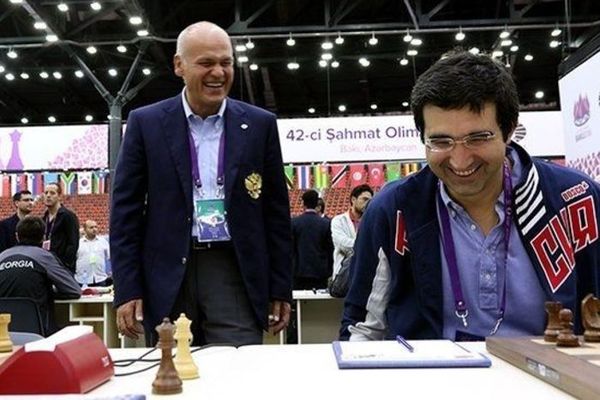 For Sergey, who following the tournament of candidates showed a rather uninspiring game, the first board creates colossal motivation. He will oppose the world's strongest chess players Fabiano Caruana, Shahriyar Mamedyarov, Levon Aronian, Vishy Anand and Maxime Vachier-Lagrave. Sergey must demonstrate team leadership, proving he deserves the status of ex- world champion and the most famous Russian grandmaster

Ian is a chess player with a brilliant attacking style. At most team competitions, he is the main striking force of the Russian national team, a grandmaster who always plays to win. His shape during the competition will largely define the team's final result.

The 14th world champion needs no introduction. For his opponents, Kramnik on the third board is a true challenge. If Vladimir really gets into stride, he will be extremely difficult to overpower. Knowing his iron will and the drive to be the first, one can only hope that the team's most titled player will do everything possible for its overall success.

Nikita is a constantly progressing, reliable and very interesting grandmaster. He successfully integrated the team at the World Chess Championship last year. Hopefully, Nikita will be able to «cut down the tail». After all, many teams would love to see a professional like him on the first board.

An experienced fighter who recently shared the 1-2 place in the Russian championship, Jakovenko has returned to the national team, with which he took silver at the 2012 Olympiad in Istanbul. Dmitry is one of Russia's strongest chess players, ex-champion of Europe and winner of many competitions. He will try to gain a foothold in the national team and deliver the best possible result on his board.

The president of the Russian Chess Federation and head coach of the men's national team Andrey Filatov did everything possible to make the men's and women's teams prepare for the Olympiad in ideal conditions. The Sochi camp ended with a meeting with President Vladimir Putin, who wished the teams luck. The meeting did not go unnoticed in the chess world: chess is not football and is often overlooked by top government officials. 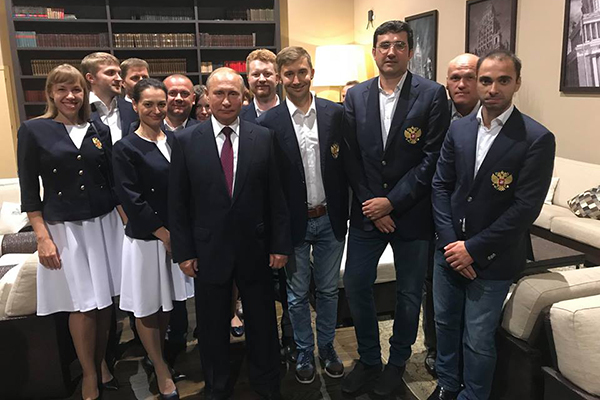 Our team will indeed need luck, as only a favourable concourse of all factors can lead to victory in a challenging competition like this. The chess world is holding its breath in anticipation of the most exciting and unpredictable team competition in history, which begins today in Batumi.

185 men’s and 151 women’s teams are listed for the tournament. Each men's and women's team consists of 4 main players and 1 substitute.

The winners are determined according to the match points. The position of teams that finish with the same number of match points shall be determined by application of the following tie-breaking procedures in sequence, proceeding from (a) to (b) to (c) to the extent required: 1) Sonneborn-Berger, 2) by the number of the game points scored, 3) by the sum of the match points of all the teams opponents, excluding the lowest one.