Carlsen, Artemiev, Nakamura and Grischuk qualified from the A Group. 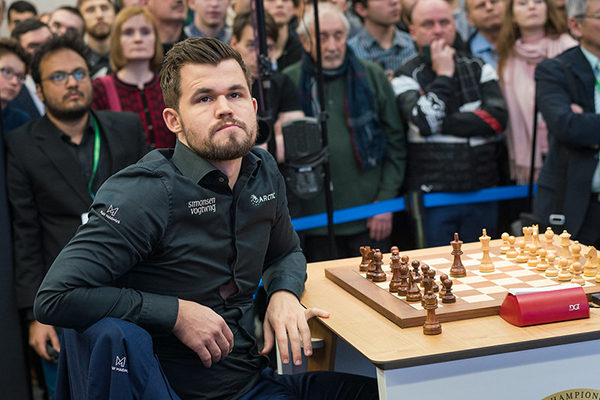 The Chessable Masters, one of the Magnus Carlsen Chess Tour's events, is being held on Chess24.com.

The final 5 rounds were played in the A Group on June 22. Magnus Carlsen and Vladislav Artemiev scored 6 points out of 10. Hikaru Nakamura, Alexander Grischuk, and Daniil Dubov are 1 point behind. The inferior tiebreak didn't allow Dubov to qualify for the quarterfinals. Harikrishna Pentala was also eliminated from the race with 3 points scored.

The decisive 5 rounds of the B Group will be played on June 23. Maxime Vachier-Lagrave and Anish Giri are leading the race with 3 points scored. Fabiano Caruana, Ding Liren, and Ian Nepomniachtchi are trailing by half a point. Teimour Radjabov has got 1.5 points.