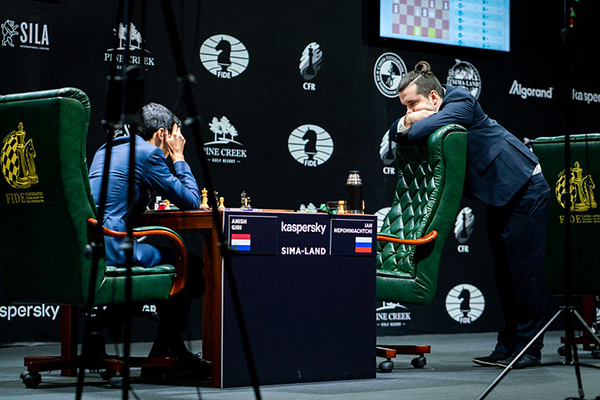 
The qualification events of the Chessable Masters, one of the Magnus Carlsen Chess Tour's events, finished on Chess24.com.

The final five rounds were played in the B Group on June 23. Anish Giri showed the best result having scored 6 points out of 10. Ding Liren and Ian Nepomniachtcji are half a point behind. Fabiano Caruana has got 5 points.