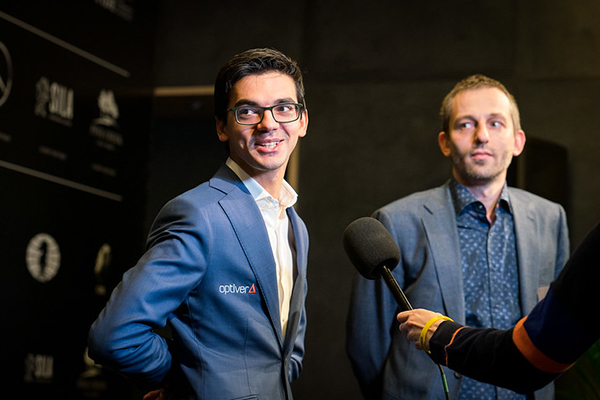 
The quarterfinal matches of the Chessable Masters, one of the Magnus Carlsen Chess Tour's events, are taking place on Chess24.com.

Ding Liren and Hikaru Nakamura started with a peaceful result, then the Chinese grandmaster won the second game and, after making draws in the third and fourth encounters, celebrated the victory with a minimal score.

Alexander Grischuk and Anish Giri drew all four rapid and two blitz games. The "sudden death" game was also drawn, which allowed Giri to win the first match, as he had the black pieces.

The rivals will play one more match on June 28. If the score is equal, the decisive encounter will be held on June 29.

The second Carlsen - Caruana and Nepomniachtchi - Artemiev matches will be held on June 27.