First half of the quarterfinals is completed. 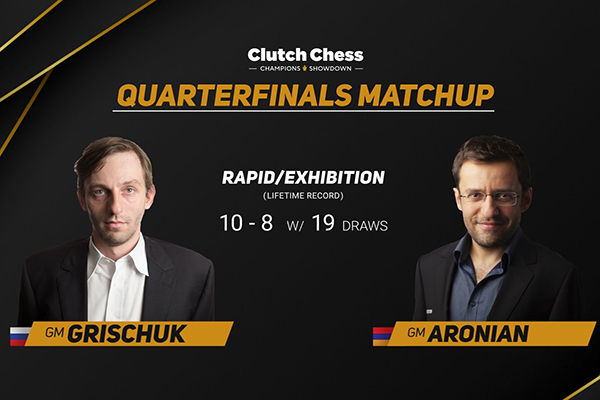 On the second day of the Clutch Chess Champions Showdown, the first half of the Dominguez vs Caruana and Grischuk vs Aronian matches was played.

Each match consists of 12 games, but with the twist that games 5-6 are worth double the points and games 11-12 triple. The "clutch" games have an extra $10,000 at stake in each match, with prizes rolled over if the games end in draws. The time control is 10 minutes per player for all moves, with a 5 second per move increment from move 1. No draw offers are allowed before move 60.

On June 8, the winners of the Carlen vs Xiong and Vachier-Lagrave - So matches will be determined. The rivals will play the final 6 games.