Ernesto Inarkiev: Pulling In Together Matters So Much Now

Grandmaster directed his share of support to the hospitals of Ingushetia and Dagestan. 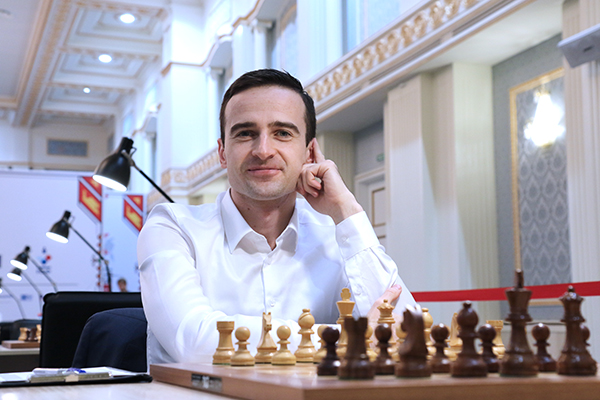 Grandmaster Ernesto Inarkiev has forwarded his share of support originating from donations of the Play for Russia charity tournament in favour of health workers to hospitals in Ingushetia and Dagestan, two republics of the North Caucasus.

The Malgobek Central Republican Hospital (Republic of Ingushetia) has received 500,000 rubles. The grandmaster has transferred 200,000 rubles to the Republican Clinical Emergency Hospital in Dagestan. The Ministry of Health of Ingushetia and the Republican Emergency Clinical Hospital of Dagestan have received as many as 4150 items of FFP3 respirators, 350 protective medical coveralls, and 1300 pairs of protective medical goggles.

Ernesto Inarkiev: “I thank the Chess Federation of Russia, Timchenko Charitable Foundation, chess fans, and anyone who has donated and otherwise promoted this initiative. Pulling in together to help each other is what matters so much now. I mean, to do everything in your power to do. Special thanks go to all doctors and medical workers fighting the COVID-19 pandemic every minute of their life.”

The donation pool from Play for Russia tournament in favour of health workers has amounted to 25 million 600 thousand rubles.

Regardless of final tournament standings, the total prize pool has been shared equally among regional hospitals (specializing, above all, in the patients suffering from the coronavirus) and charity organizations. Going into the tournament, the participants determined the health institutions to receive financial support.

Co-supported by the Ministry of Sports of the Russian Federation, the Elena and Gennady Timchenko Charitable Foundation, the RAMAX group of companies" and Gazprombank (Switzerland), Play for Russia tournament was organized by the Chess Federation of Russia at the initiative of its participants. Match TV provided coverage of the event in the mass media.