The events are qualifications for the Candidates Tournaments. 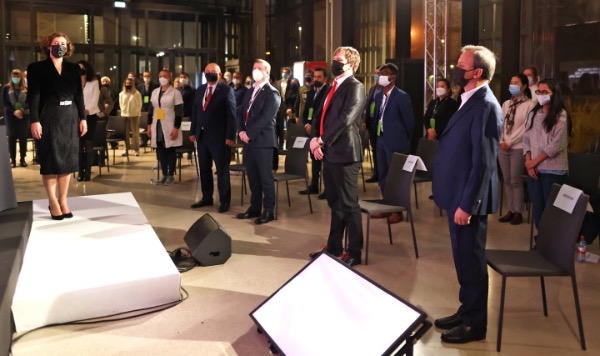 
The world’s chess elite gathered in Riga’s Hansas Perons centre for the opening of the 2021 FIDE Chess.com Grand Swiss and the inaugural Women’s Grand Swiss. Altogether 158 strong players from all over the world are taking part in the event, which will decide two qualifiers for the 2022 Candidates Tournaments.

Both tournaments are part of the qualifications for the 2021-23 World Championship cycle, with the top two players in the open event qualifying for the 2022 Candidates Tournament and the following six securing spots in the Grand Prix. The winner of the Women’s Grand Swiss will qualify directly for the Women Candidates and the four best players will qualify for the next year’s Women’s Grand Prix.

The first round will be played on the 27th of October. The tournaments are 11-round Swiss events, which will finish on the 7th of November.

FIDE President gave an interview to Vladimir Barsky...
>>
Nikita Vitiugov: ‘An...
The Champion of Russia ga...
>>
Thunderstorm over Be...
Dmitry Kryakvin reviews t...
>>