Round 6 games were played in Skolkovo. 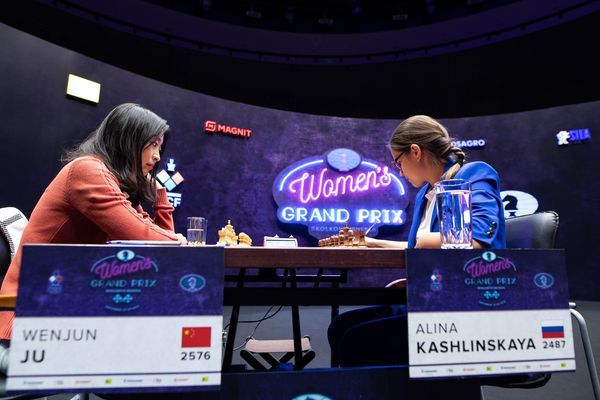 The sixth round of the FIDE Women's Grand Prix leg was played in the Skolkovo business centre on September 16.

Ju Wenjun is leading the race with 4.5 points out of 6. Aleksandra Goryachkina, Kateryna Kagno, and Humpy Koneru are half a point behind.

A vast additional program is organized during the tournament. The Skolkovo Cup, a stage of the Russian Rapid Grand Prix, will be held on September 21-22.