Her opponent will be Hou Yifan. 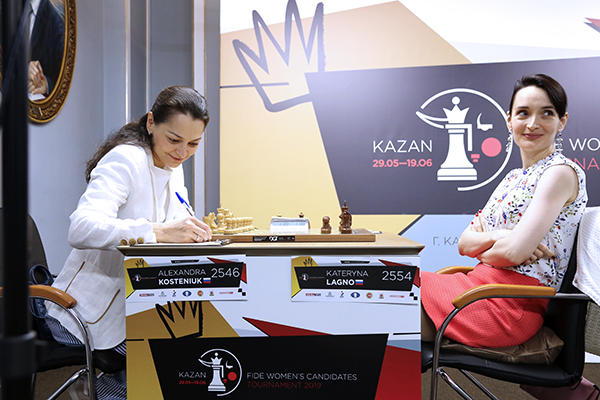 The semifinal matches of the third GP leg of the FIDE Chess.com Women's Speed Chess Championship were played on July 10.

In the Russian derby, Kateryna Lagno defeated her teammate Alexandra Kosteniuk 6.5-4.5 in a tough struggle. Her opponent will be Hou Yifan (China), who has recently become the youngest ever professor at the Shenzhen University. A former women's world champion beat Sarasadat Khademalsharieh (Iran) 8-2.

The final match will be held on Sunday, July 12.