The final match Carlsen vs. Nakamura starts on August 14. 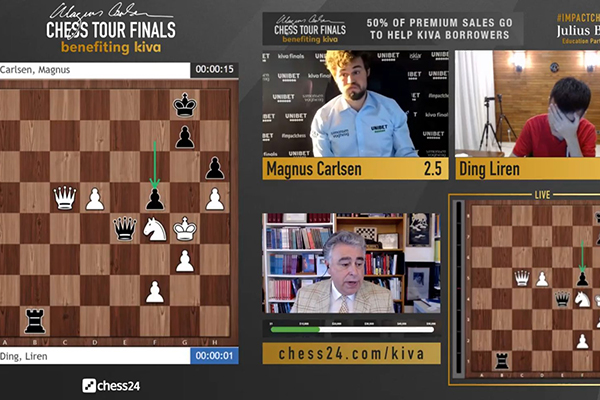 The grandmasters exchanged blows in the first two rapid games, and then two draws followed. Blitz also started with a peaceful outcome. However, the world champion won a dramatic second game to become the second finalist.

The final match between Magnus Carlsen and Hikaru Nakamura starts on August 14. The final will be a best of 7 mini-matches.