The world champion and the challenger will play again in the final round. 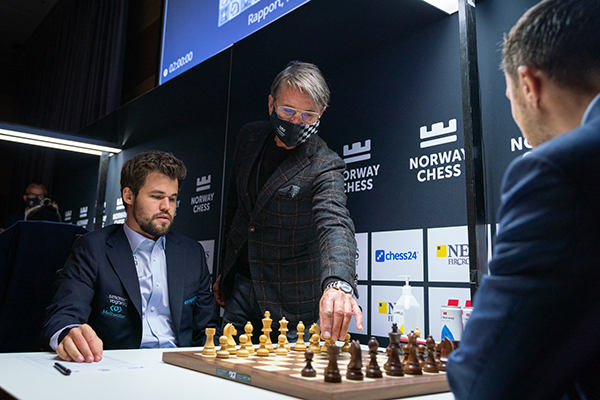 
The penultimate ninth round of the Norway Chess was played in Stavanger on the 16th of September. Magnus Carlsen defeated Sergey Karjakin as White, Alireza Firuozja won against Aryan Tari with the black pieces, whilst the game Rapport - Nepomniachtchi ended in a draw. The Russian grandmaster bested his opponent in the Armageddon.

A win in a classical game is worth 3 points and a loss 0. If the players draw, they play an Armageddon game, where the winner earns 1.5 points and the loser 1 point.

A tie for 1st place will be decided by two 3+2 blitz games followed, if necessary, by a 5 vs. 4-minute Armageddon game.