Nutcracker Generation Tournament To Be Held on December 17-24

The winner will play in the Zurich supertournament. 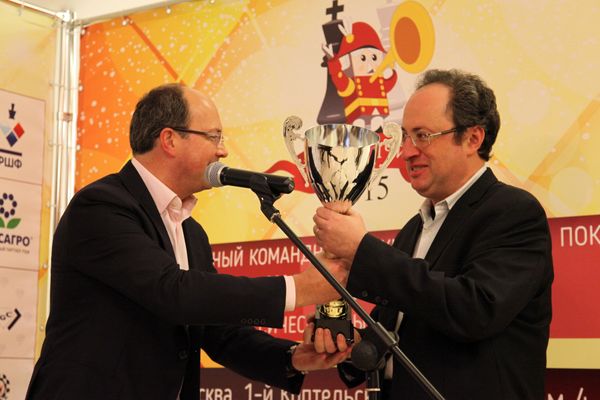 A traditional Christmas event – Nutcracker Generation Tournament – will be held on December 17-24 in the Central House of Chess Player in Moscow. As usual, there will be two Scheveningen matches: Kings vs. Princes and Boys vs. Girls.

The lineup of the Kings:

The event is a double-round Scheveningen. Each team member will play five games against each player from the opposing team – three in classical chess and two in rapid chess.

The second match will follow the same formula. The boys of 12-13 years of age will compete with 16-17-year-old girls.

Classical games cost 2 points for a win and 1 point for a draw, for rapid games the scores are halved.

The players who produces the best combined result will be invited to the Zurich supertournament – Kortchnoi Zurich Chess Challenge, April 12-17, 2017.

RCF website will provide a live cast of the event.