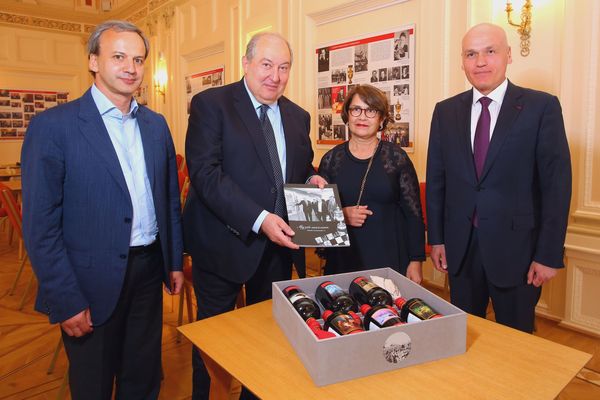 On May 14, Armen Sarksyan, the President of Armenia, visited the CFR Chess Museum during his working trip in Moscow. Mr Sarkisyan and his wife were met by FIDE President Arkady Dvorkovich and CFR President Andrey Filatov. An excursion around the Central Chess Club and the Chess Museum was organised for the honorary guests and was conducted by Cand. Sc. History Dmitry Oleynikov.

Armen Sarksyan, Arkady Dvorkovich, and Andrey Filatov discussed the development of chess in Armenia and the whole world.

As a souvenir, Andrey Filatov presented Mr Sarksyan with a memorable album of the Chess Museum and six bottles of the Art Russe Saint-Emilion Grand Cru wine from Chateau La Grace Dieu des Prieurs in a unique chess case. CFR President told the honorary guest that the Art Russe wine-and-chess case had been produced especially for the World Chess Championship Match between Magnus Carlsen and Ian Nepomniachtchi, which would be held from November 24 till December 16 during the Expo 2020 in Dubai. 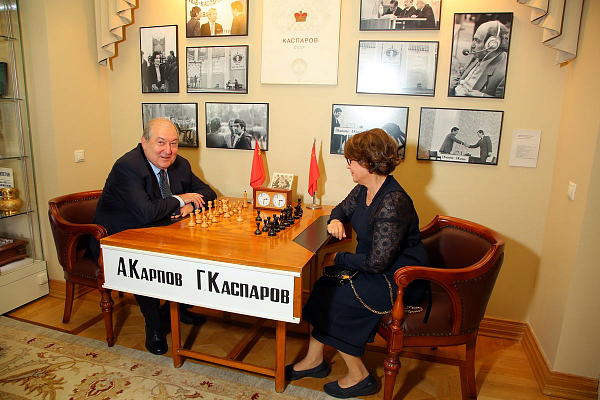 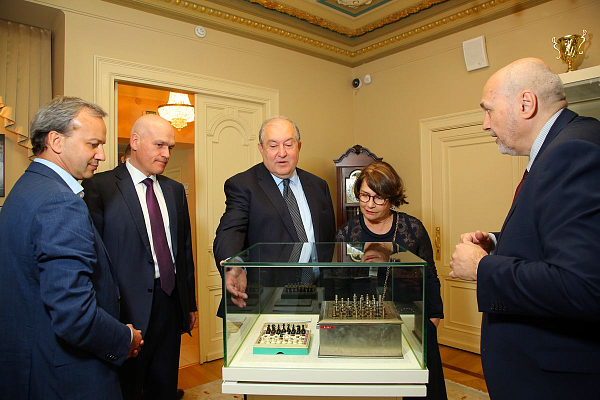 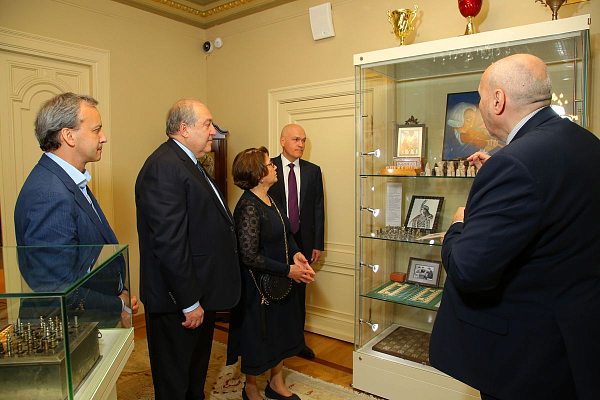 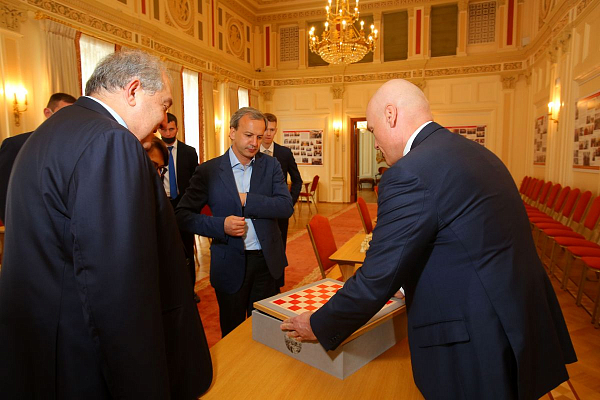 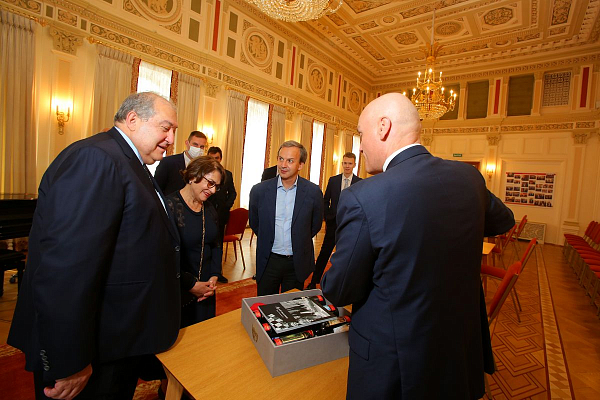 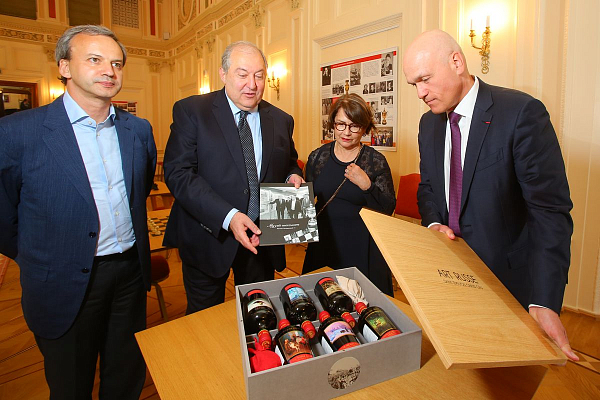