The matches Carlsen - Dubov and Radjabov - Nepomniachtchi were drawn. 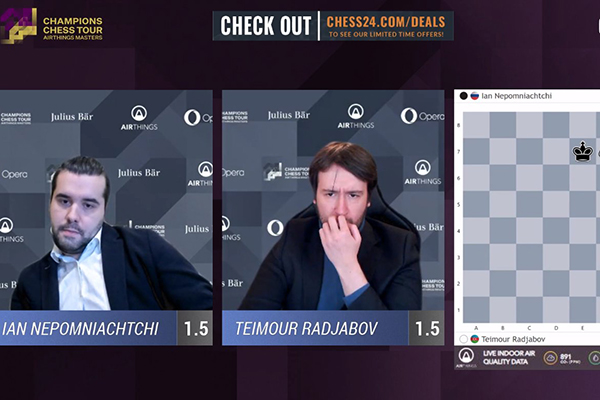 The quarterfinal matches started at the $200,000 Airthings Masters, the second event of the Champions Chess Tour.

The match Carlsen - Dubov started with the victory of the world champion, but the Russian managed to win back in the third game. The score is equal after the first match day, 2-2.

Teimour Radjabov and Ian Nepomniachtchi made draws in all four games.

Maxime Vachier-Lagrave took a lead in the match against Wesley So (3-1), while Levon Aronian put ahead against Hikaru Nakamura (2.5-1.5).

The return matches will be played on December 30. In case of a draw, two blitz games followed by an Armageddon if necessary, will determine the winner.