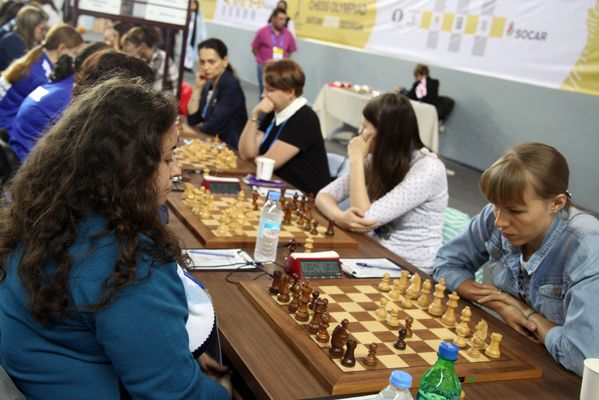 On October 27, the fourth round of the 43rd World Chess Olympiad was played in Batumi.

In the open event, the Russian national team lost to Poland 1.5-2.5. Ian Nepomniachtchi won, Sergey Karjakin made a draw, while Vladimir Kramnik and Dmitry Jakovenko lost.

Azerbaijan, Poland, China, the USA, Armenia, Czech Republic, and Ukraine are leading with 8 match points. Russia is two points behind.

In round 5, the Russian men's team will play with Peru, while the Russian women's team's opponent will be Germany.