He defeated Maxime Vachier-Lagrave in a sudden death game. 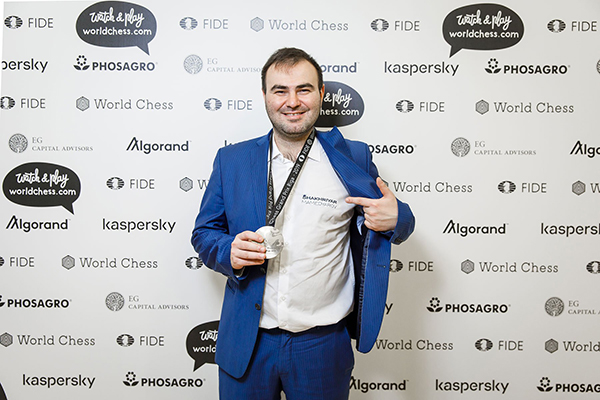 The second leg of the FIDE Grand Prix Series organized by World Chess finished in Riga on July 24 with the tie-break between Shakhriyar Mamedyarov (Azerbaijan) and Maxime Vachier-Lagrave (France).

Both rapid and "10+10" games were drawn. Then the rivals exchanged blows in blitz: the French managed to strike back after the loss in the first game.

It all came down to an ultimate Armaggedon blitz, where White has 5 minutes against Black’s 4 minutes but needs to win the game to clinch the match. Vachier-Lagrave drew the white pieces and decided to refrain from his usual 1.e4 to play in a less forcing way. This strategy backfired, as he quickly caught up Mamedyarov on the clock and failed to put pressure on his opponent’s position. On the contrary, Black took over the initiative and never risked losing. With a few seconds left on the clock and a bad position, Vachier-Lagrave admitted defeat.


This victory in Riga nets Mamedyarov 24,000 euros and propels him to the shared lead in the FIDE Grand Prix Series. He and the Russian Alexander Grischuk total 10 points from the two events they took part in. Maxime Vachier-Lagrave earned 14,000 euros in Riga and is also in good shape in the Grand Prix race, as he occupies the fourth place with 8 points just behind Ian Nepomniachtchi from Russia.

It must be noted that these two players will be able to gain points from the last two Grand Prix events in Hamburg and Tel Aviv, unlike Mamedyarov and Grischuk who will take part in only of of these.

At the end of the four Grand Prix tournaments in December, the best two finishers will qualify to next year’s Candidates Tournament. The winner of that event will become the challenger of Magnus Carlsen in the 2020 World Championhip match. 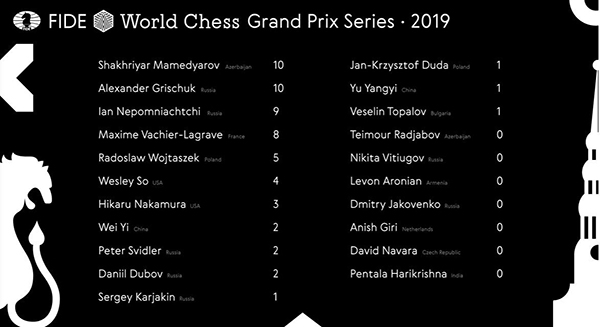