And wished them new achievements and success. 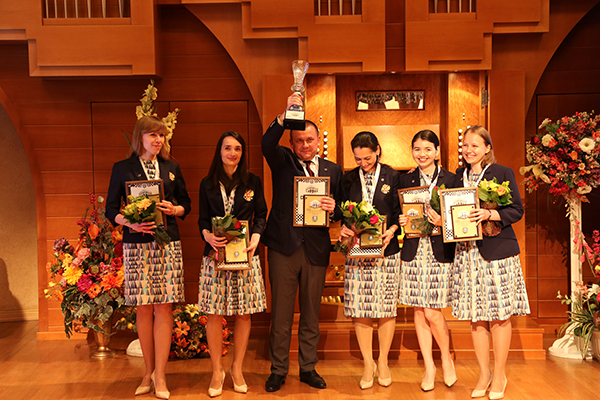 The President of Russia Vladimir Putin sent a telegram of greetings to the members of the Russian national women’s team and their coaches on winning the World Team Chess Championship.

The President said, in particular, in his message:

I congratulate you on your triumph at the World Team Chess Championship in Khanty-Mansiysk.

For the first time in the history of chess, your cohesive, result-oriented team has gained this prestigious title. In a tense and sharp fight you have demonstrated your highest skills and will to win. You have successfully proved that you are unconditional leaders in the chess world.

Of course, I would also like to express my gratitude to your coaches.

I wish you further success and new achievements!»