Year's Results Recapped in the Central Chess Club in Moscow

Russian champions and winners of FIDE Online Olympiad were rewarded. 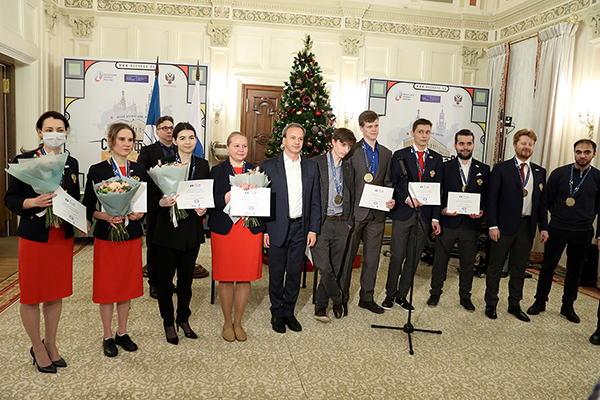 A festive event, which included the awarding ceremony to the new Russian champions and the winners of the FIDE Online Olympiad, and took place in the M. Botvinnik Central Chess Club on 16 December 2020.

President of the International Chess Federation Arkady Dvorkovich and the Deputy Minister of Sport of Russia Andrey Selsky congratulated the members of the Russian national team, which had won the first-ever FIDE Online Olympiad held in the summer of 2020, and awarded them with gold medals from FIDE.

FIDE President Arkady Dvorkovich: "My congratulations to everyone on the victory of the Russian national team at the first-ever FIDE Online Olympiad. We are very proud of you! I thank you on behalf of all your fans and wish you new successes! I hope that we will see new victories of the Russian chess players in the coming year!”

Andrey Filatov, President of the Chess Federation of Russia and Head coach of the Russian national chess team: "2020 has been a difficult ordeal for everyone. Chess has shown itself to be a very flexible sport adaptable to the realities of today. According to the existing data, the popularity of chess has increased this year. Online tournaments, master classes, and even simultaneous exhibitions proliferated during the lockdown. In addition, the Chess Federation of Russia managed to organize and host the most important tournaments on our calendar: the Superfinals, the Russian Championships Higher League, and the Russian Team Championships.

At the first ever FIDE Online Olympiad, the Russian team won gold medals, setting a record of sorts: our team now concurrently holds the titles of the winner of the Olympiad and the World and European champions. I congratulate our players and fans on this outstanding achievement, I wish you all success, victories, and, most importantly, health in the coming year!"

At the Russian Championships Superfinals, the plot was thickening up to the final day. Ian Nepomniachtchi, the rating favourite of the open event, became the 2020 Russian champion, having repeated his success of the year 2010. Sergey Karjakin is on second place, while Vladimir Fedoseev is third.

The women's tournament traditionally ended on tiebreak, in which Aleksandra Goryachkina and Polina Shuvalova were fighting a life and death struggle. It is curious that they both were born in the small town of Orsk. Both rapid games were drawn, but Goryachkina won the "Armageddon" with the white pieces. Thus, she became the three-time Russian women's champion. Alexandra Kosteniuk won bronze.

PhosAgro CEO and CFR Vice-President Andrey Guryev: "This year has written another golden page in the history of Russian chess. For the first time ever, the Russian national team is the reigning winner of the FIDE Online Olympiad, while concurrently holding the World and European champion titles. It is an outstanding result. In 2020, the CFR and PhosAgro signed the 10th anniversary strategic partnership agreement. We have continued to promote chess across Russia and introduced interactive chess classes in schools and kindergartens supported by our company. And, of course, we continue to support our leading grandmasters. I hope that the FIDE Candidates Tournament will resume in the new year and one of our players will win to challenge Magnus Carlsen. I wish Russian chess in 2021 a continued lucky streak. For our part, we will do our utmost to help our grandmasters return the world chess crown to Russia.

Total prize fund of the Superfinals is 10 million rubles.

The medallists were given tickets to the legendary CHESS musical.

The tournament was a part of the Chess in Museums programme, which has been carried out by the Chess Federation of Russia and the Elena and Gennady Foundation since 2012.

The organisers are the Chess Federation of Russia and the Timchenko Foundation. The tournament was supported by the Russian Ministry of Sports. The general sponsor of the Russian national teams is the Federal Grid Company Unified Energy System (FGC UES). The CFR general partner is PhosAgro. 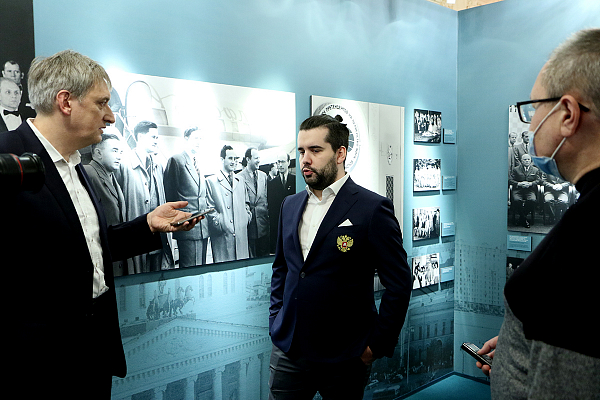 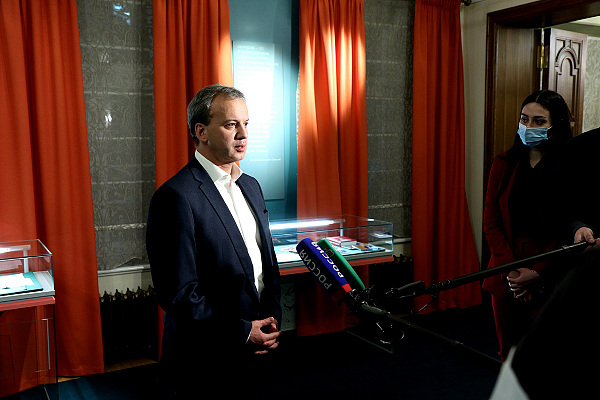 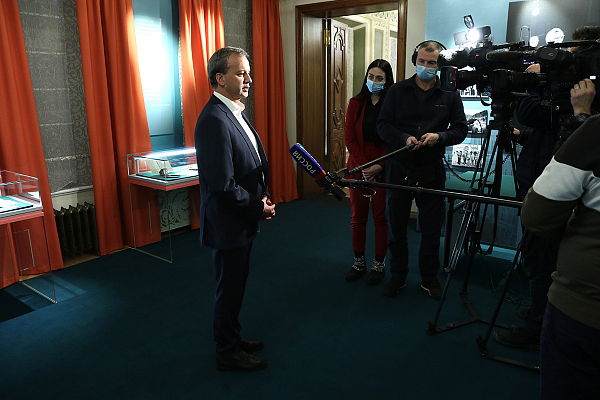 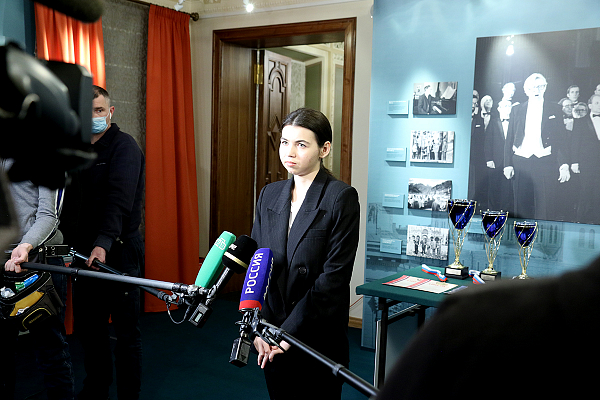 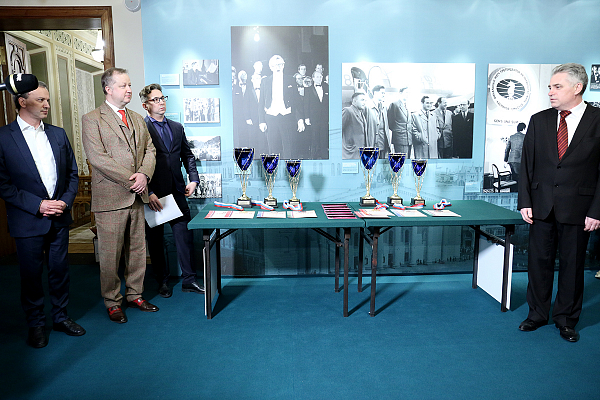 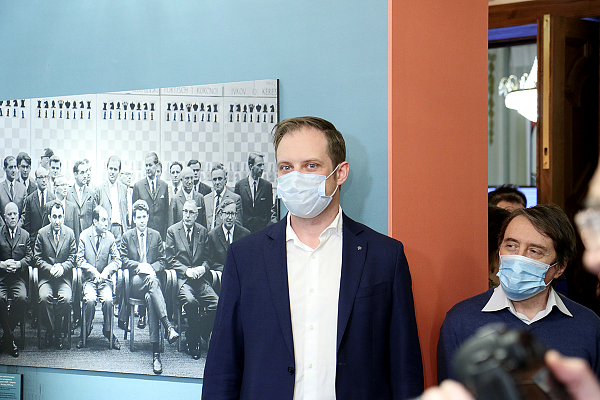 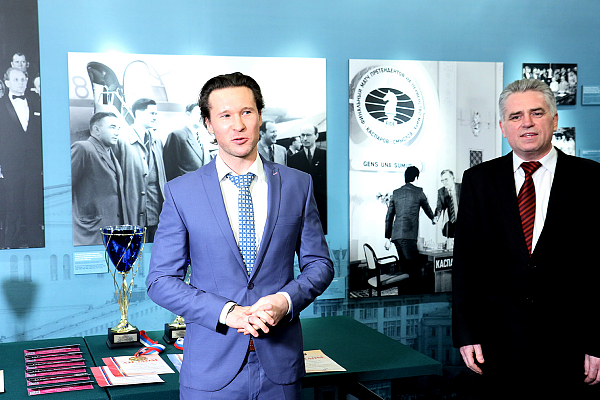 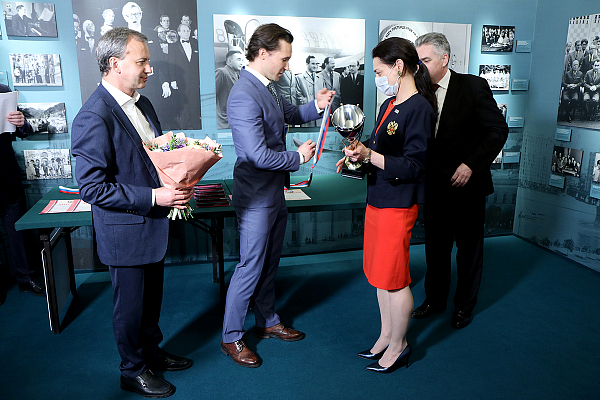 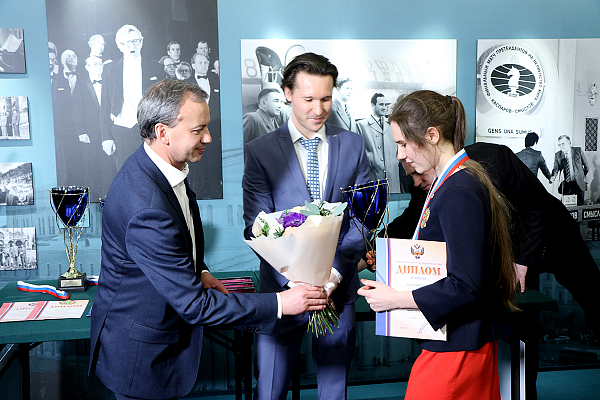 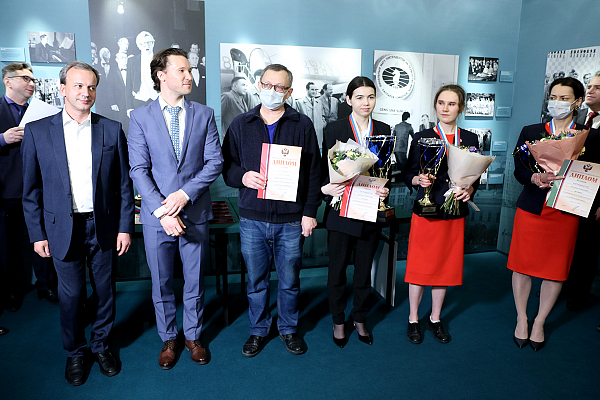 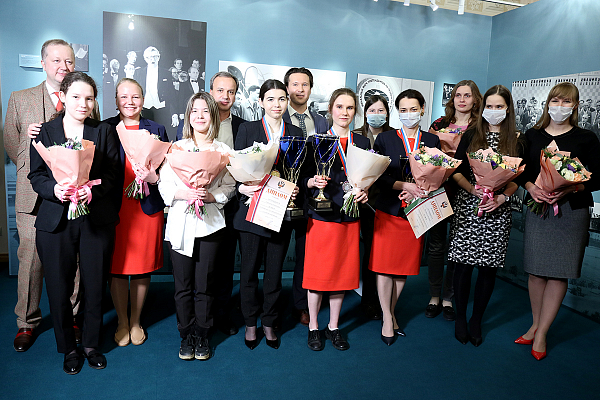 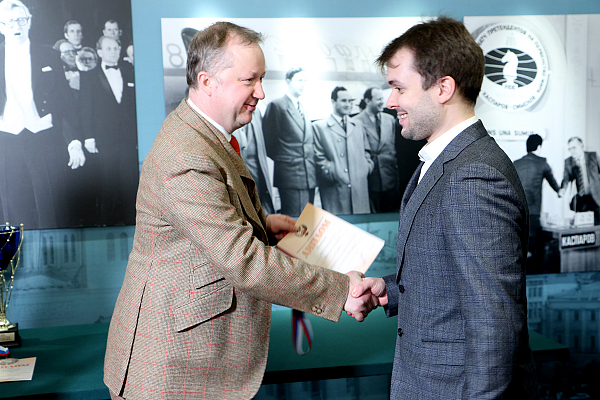 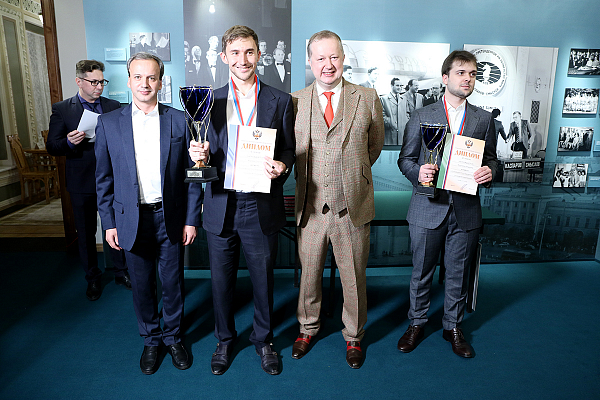 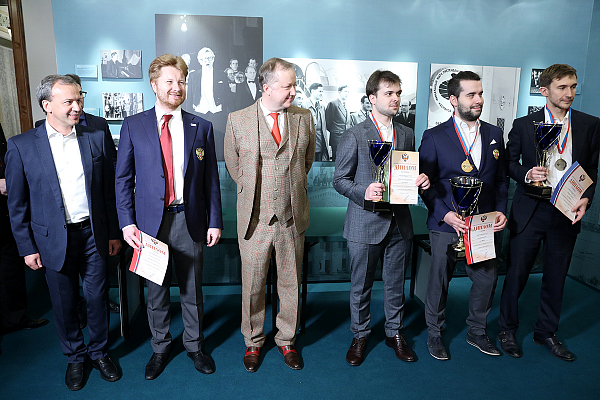 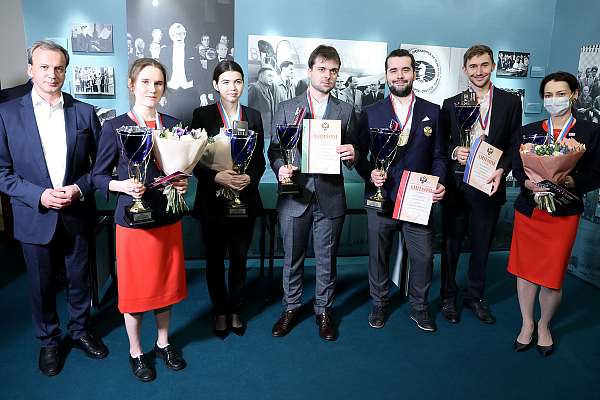 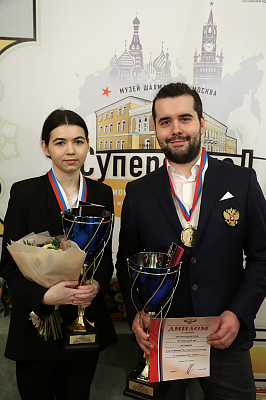 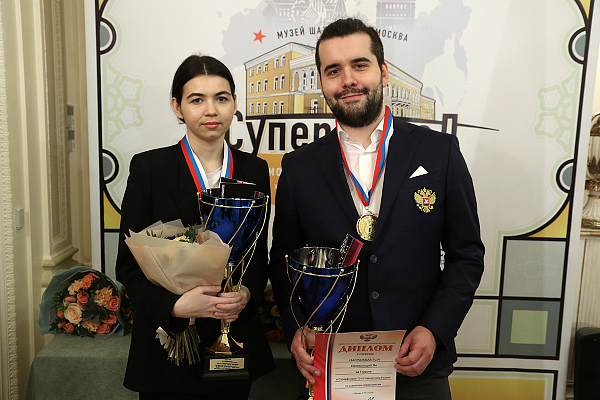 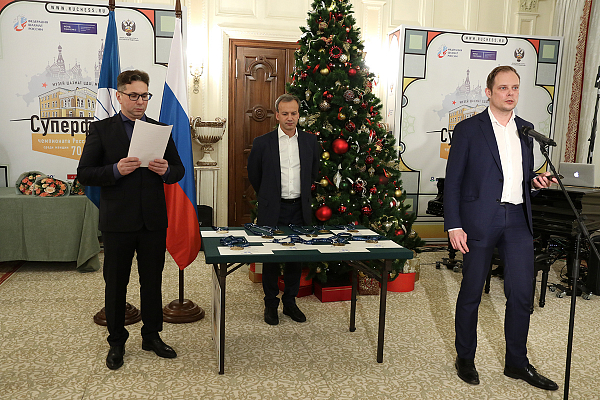 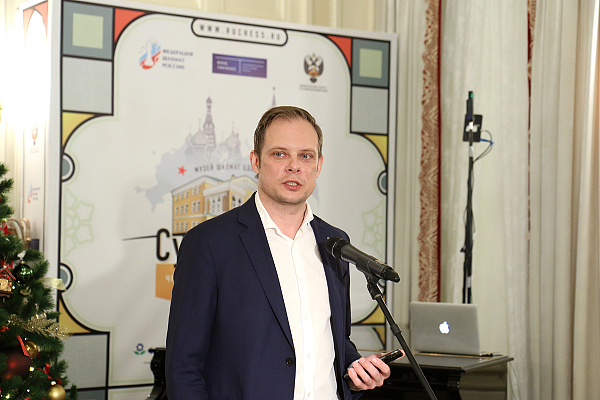 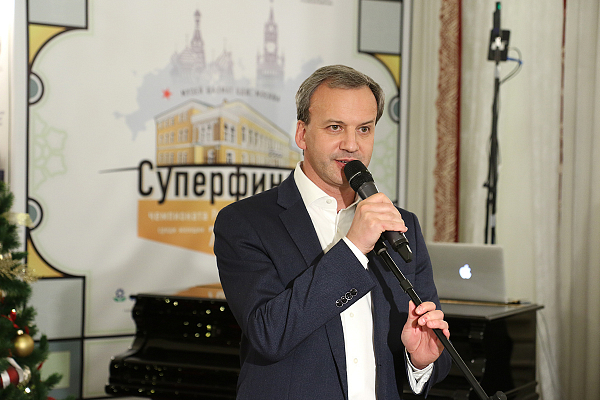 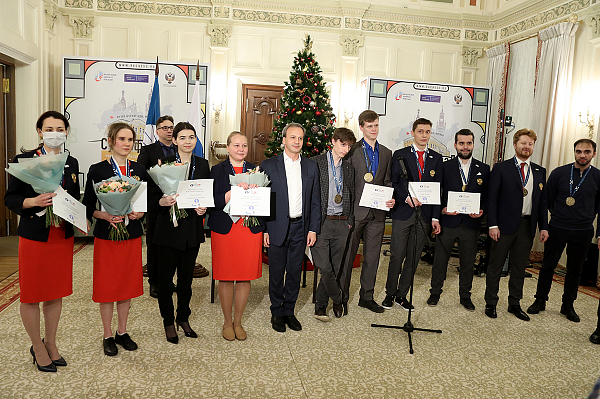