Advent of a Leader

Eteri Kublashvili reporting about Round 3 of the Vugar Gashimov Memorial

Round three of the Shamkir tournament has given us a sole leader. Playing Black, Magnus Carlsen defeated David Navara in the Chelyabinsk variation of the Sicilian Defense. It all boiled down to White’s middlegame blunder:

David Navara’s defense was so stubborn that it was the last game to finish. Nevertheless, the world champion was methodical in converting his material superiority and brought it home in the end.

There was a moment when Viswanathan Anand was losing to Shakhriyar Mamedyarov. Black started by equalizing out of Giuoco Piano, gaining a substantial edge afterwards. Being pressed for time, Mamedyarov missed the strongest continuation, which he pointed out at the press conference.

35…N6h5! is an utter frustration for lack of any good continuations for White. However, the game saw 35…Ne4?!, which Anand characterized as giving him the only chance that he did not fail to seize.

The alternative moves (40…Ne1, 40…Ba4) would have allowed Black to stay in the game.

41. Nxe4! Bf5 42. Ng5+ etc. White got a substantial edge and ended up triumphing on move 63. Anand assessed the conversion stage as acceptable, but was not happy about the game in general.

Teimour Radjabov and Ding Liren opted for the Marshall counterattack, which borrowed a page from the Radjabov – Aronian encounter of 2015 up to move 27, at which point the Chinese GM improved on Black's play in the opinion of Teimour. Ding Liren confirmed his looking into this line at home, but he had to calculate certain endgame lines over the board. A certain amount of precision was required of Black, which the Chinese player did not fail to do to achieve equality. The game ended in a draw after Black's move 43.

Alexander Grischuk vs Anish Giri opened into the Ragozin Defense. White’s 10.g4 came as a novelty. Black’s reaction was up to the mark, giving rise to a very interesting position. Still, White’s centralized king was exposed to inconvenient checks. Alexander admitted his overlooking Black's possibility of delivering a check from b5 and not from a5 only, which compelled the Russian GM to go for move repetition, which was the most logical outcome in the given circumstances.

Grandmasters were asked many additional questions. You author asked Anish to let us in the know of #MoveForEquality – his project with Magnus Carlsen. The Dutch grandmaster was happy to accept the Norwegian side’s offer of a joint video recording in Oslo as a very important subject relating to his ancestry. Although it was a one-time action, he had participated in a number of charity projects, one of them with Chess.com after the earthquake in Nepal.

“Right now I am more focused on my career, and I am not Bill Gates to do charity full-time. However, when such an opportunity presents itself I see no reason why not to do that,” concluded Anish.

I asked Alexander about whether his inactivity in social networks was due to it being his principled position or just lack of time.

“I do not like the idea as such. Nowadays you are somewhere and immediately someone takes photo with you and puts it on Instagram. Everyone knows where you are and what you are doing. I just absolutely hate it,” answered the Russian grandmaster. “In general, there are very few things in the modern world that I like. I mean, it's nice to have electronic tickets and GPS when you are travelling, but in general I dislike the direction the world is heading. OK, you can say it is a principle for me, but if you pay me enough, I will have another principle (smiling). I can understand when some people are active in social networks for the sake of making money. However, to do it for free seems strange to me. Also it's nice to have a Twitter account to post your opinion on various subjects, especially if you do not give interviews on a regular basis. But it is absolutely beyond me when people let all the world know what they had for breakfast or dinner, or to show what their hotel room looks like.”

There are many points on which Anish agrees with Alexander, but he mostly uses social networks to take his mind off chess. “I do not drink, I do not smoke, I only look at chess, and it’s a way of relaxation for me. I write and read something, and even nasty messages can lift your spirit. There was a short period of time when it was bringing me more frustration than joy, but I sort of grown over that.”

“Which was, perhaps, after you banned some thousand users from your account,” joked Alexander Grischuk.

“No, it was actually only seven, and now things go a lot easier for me,” answered Anish. 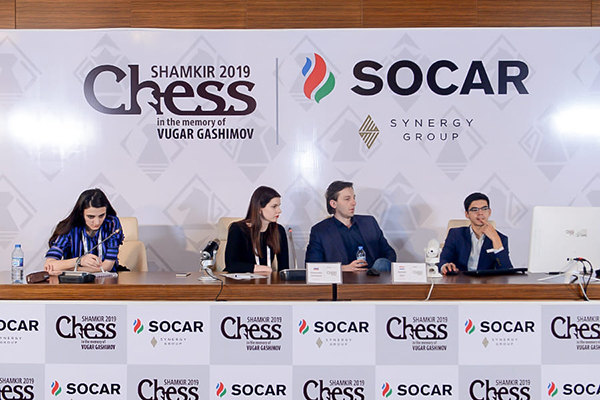 
Sergey Karjakin and Veselin Topalov opted for Giuoco Piano. The Russian admitted his failure to recall how to react against 12…Na5 and burned a lot of clock in the opening. There followed a double-edged play, but both players came in the open at the press conference about having hard time finding a proper plan. White ended up pushing on the kingside, and Black on the opposite flank. Nevertheless, it never blew into an open fight and the opponents started repeating from move 28. A draw by repetition was agreed after Black's move 32.

I asked Veselin about his occupation now that he is not so active as a chess player. “I am just enjoying life!” said the Bulgarian grandmaster. However, he added about playing more this year than before. He is going to participate in the Grand Prix series, among other things. I have made up my mind to go for it because it’s a knockout event. If you lose, you can go to the beach, for which purpose I have already reserved a hotel for the summer leg of Grand Prix. Otherwise I have no big ambitions,” said Topalov.

Tournament standings after round 3:

Pairings of round four: 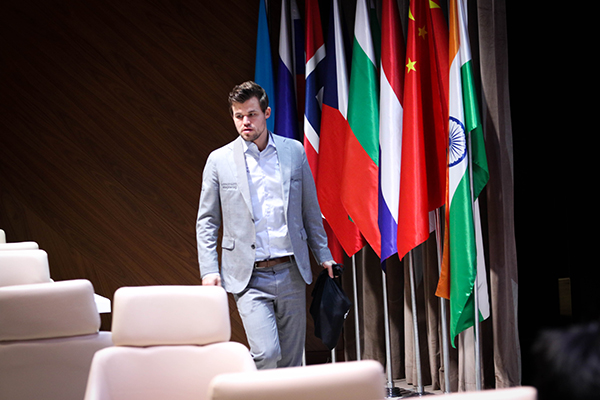 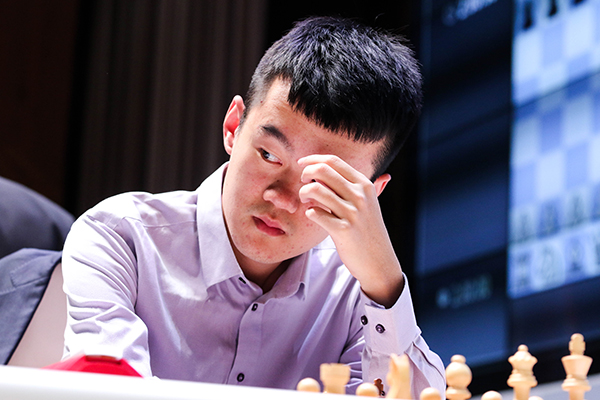 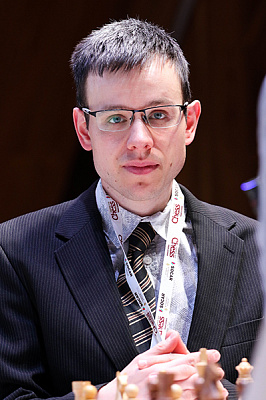 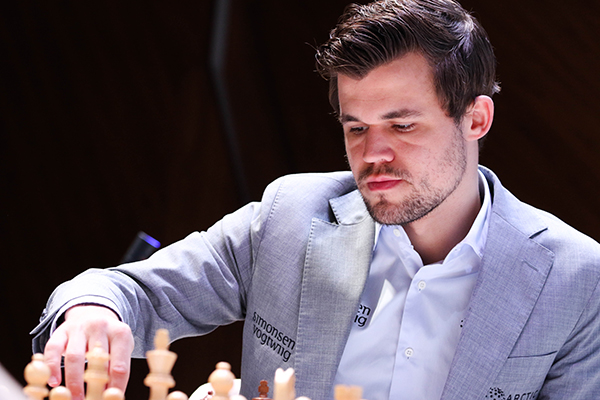 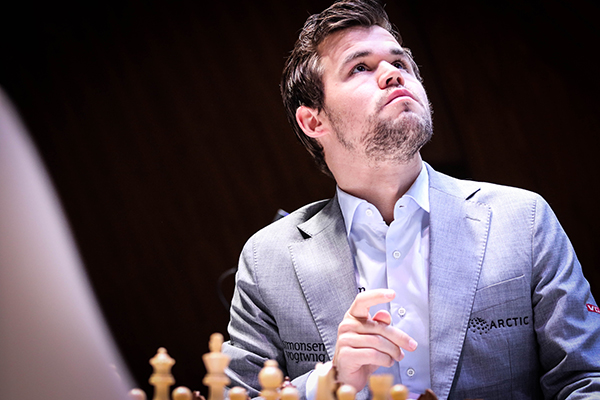 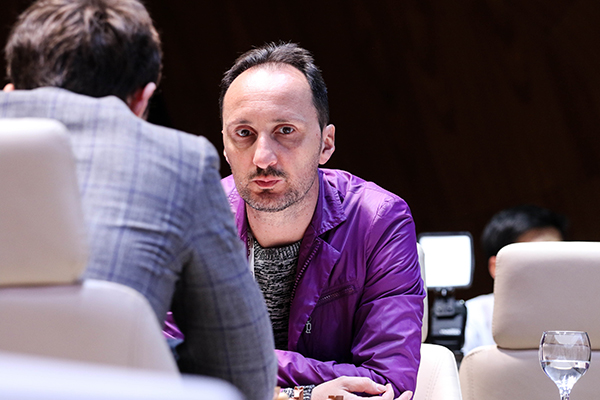 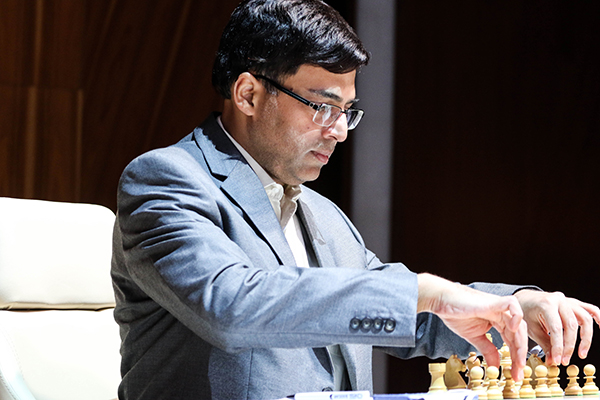 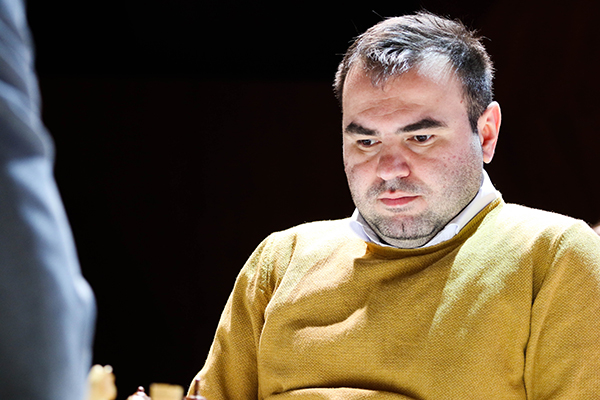 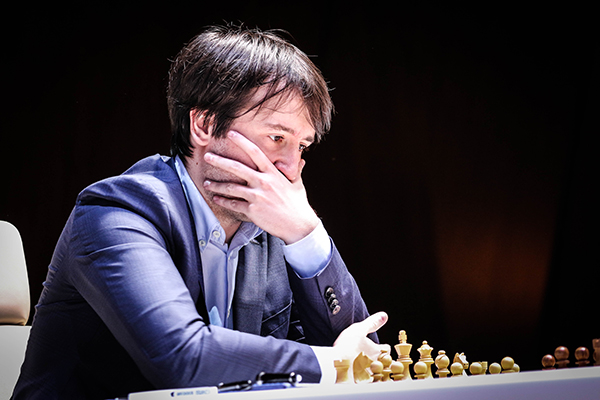 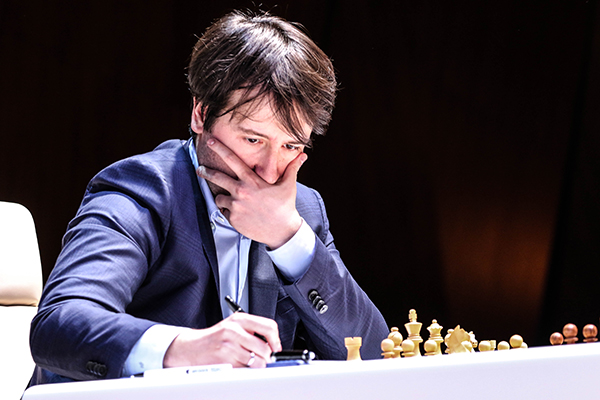 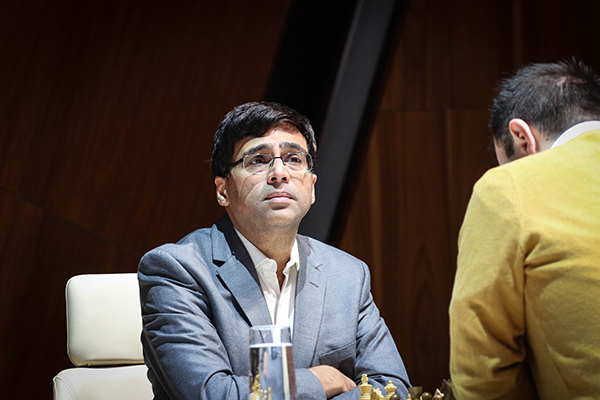 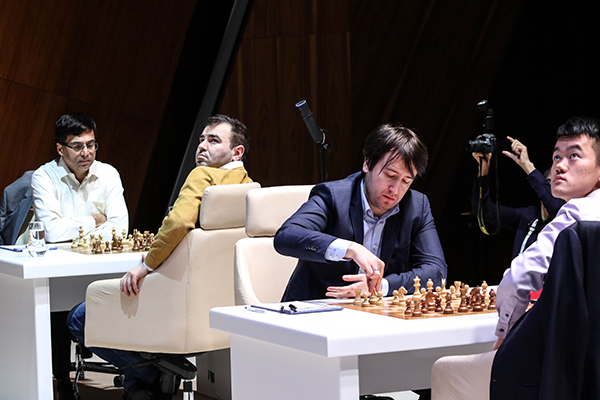 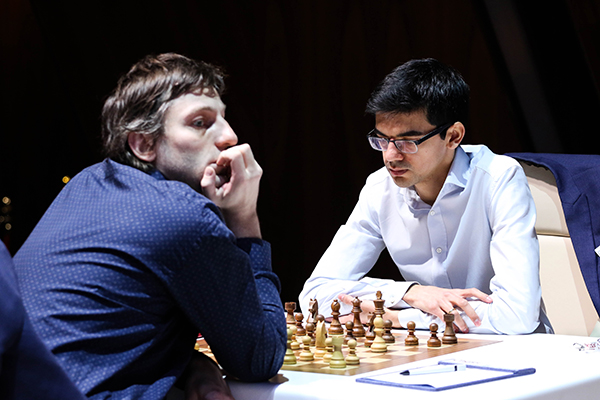 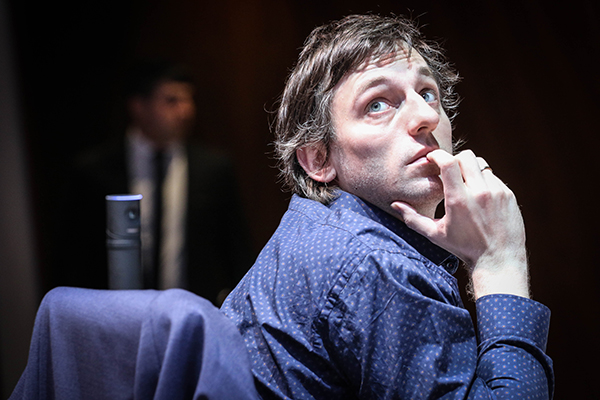 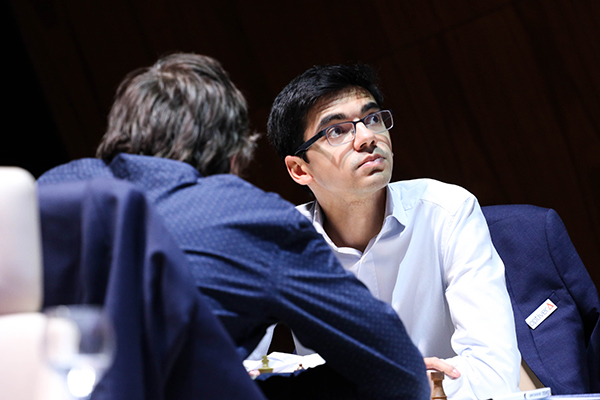 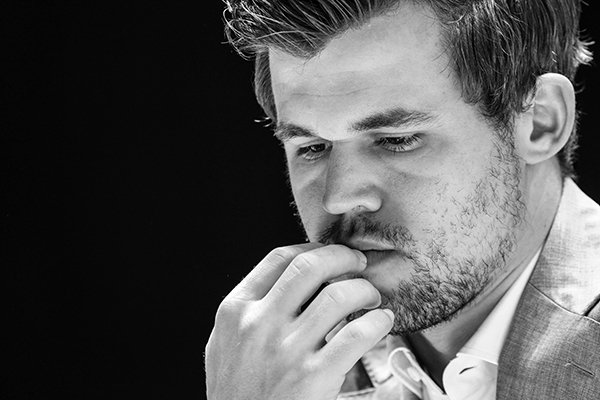 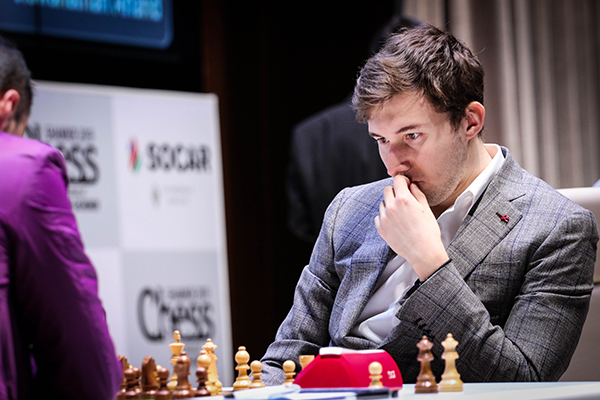 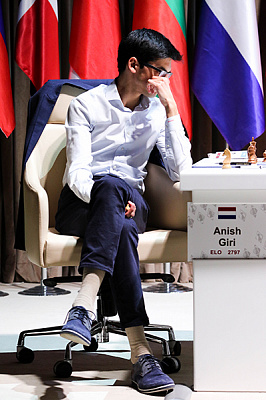 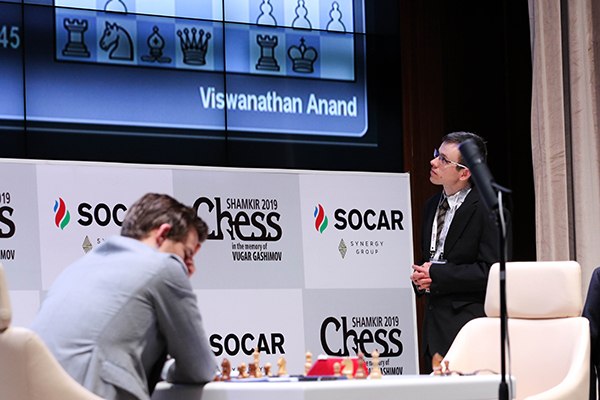 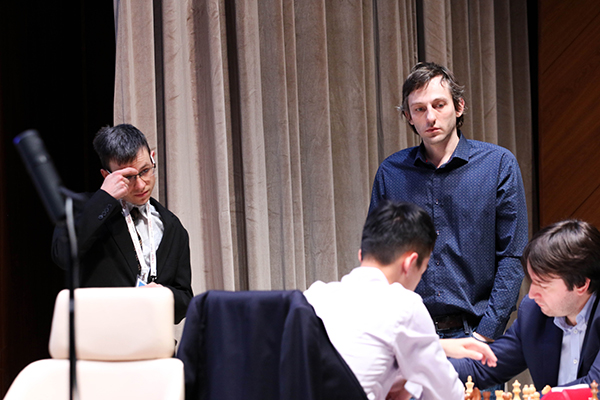 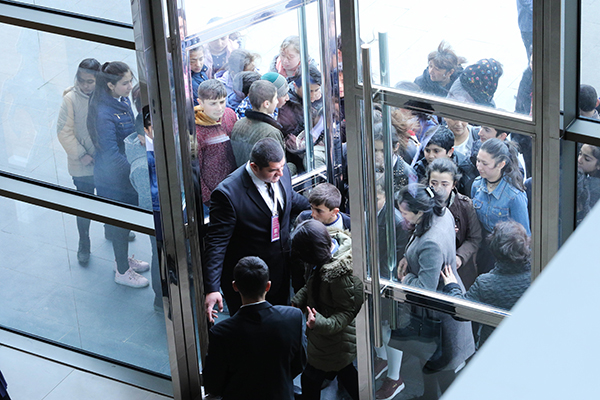