The winner of the Moscow Grand Prix spoke to Vladimir Barsky

- Ian, congratulations on the victory, though it seems from your initial comments that you are happier with the result than with your play?

- When the tournament is played by a knockout system, it’s hard to be pleased with the quality of play. Alexander Grischuk can be proud of his performance en route to the final: he played very well and he defeated Sergey Karjakin and Hikaru Nakamura after standard games. He had an eventful match against the American grandmaster. But I think that’s an exception rather than the rule, since the objective quality of play inevitably declines. I think that many players try to play better in classical matches, when they consciously restrain themselves. Of course, I am judging on my own impressions, but nonetheless.

In terms of tie-breakers, nothing can be said about the quality of play. Although in the final, both matches were acceptable. But before that, I had playoffs against Wei Yi and Radoslaw Wojtaszek, where there was a whole plethora of mistakes. Especially in my match against the Polish grandmaster, since the stakes were very high- a ticket to the final. All in all, we should not expect any displays of artistic beauty during knockout tournaments. But that’s my personal opinion. 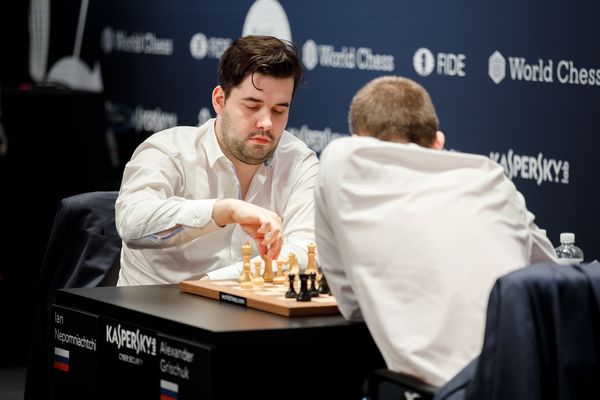 - Which match was the most difficult?

- Definitely the one against Wojtaszek: it was a very difficult tie-breaker. One time I had a difficult position that was probably hopeless; another time it was an escapable position, but it was still difficult. And another time I needlessly sacrificed a piece during the heat of battle. You feel sad when you see that you didn’t play well. But on the other hand, everyone makes mistakes.

- Was your bishop sacrifice part of a strategy to win or an attempt to nail a draw with a permanent check?

- No, it would have been easy to fix a draw just by a simple request at that moment. I thought that he might get mixed up during the time trouble. And I thought that I wouldn’t lose with a fearsome knight on f5. Admittedly, I underestimated the resources required to transfer the queen from d8 to f6. But things like this happen.

- Did Wojtaszek fail no notice this manoeuvre?

- I think he saw it but he gotscared- the critical points looked risky for Black. This game stands out as white made an unprompted mistake. It was the second rapid game and if I had lost it, it would have been difficult to bounce back, since my tournament would have been over.

- Was your home preparation effective? Did you manage to guess the openings during the tournament?

- I am more or less happy with my results in the classical matches. I spent a lot of time preparing with Vladimir Potkin, and we worked well. I even managed to surprise one or two opponents while playing with Black. For the match against Levon Aronian, we dug up an old line, which somehow worked. This combination was used in FIDE Grand Prix events, but 10 years ago: in 2009, it was used by Gata Kamsky and Vassily Ivanchuk. It was not a painless option. This was the only game which I won in a regular time, but still it had its drawbacks.

- In the first game of the final match, you also managed to surprise Grischuk while playing with Black, by using the Grunfeld Defence…

- I think that it’s a matter of time; someone was likely to play in the same way as I did. We discussed this variation with Potkin and he said that he had an idea which closed off this line. Vladimir knows these things best and I didn’t argue. We prepared this line against Wojtaszek, but it came in handy in the next match. It sometimes happens that you have to wait a few years for an idea to come in good, but here it came in useful after just two days. 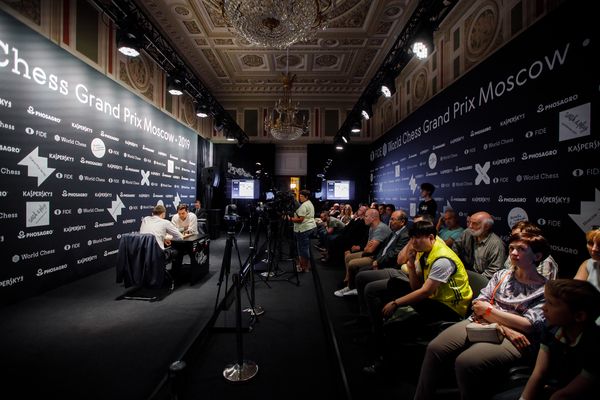 - Ian, how often in your career did you play at the Central Chess Club on Gogolevsky Boulevard?

- I played my first event there when I was 14, and many more since then.

- This tournament had some peculiarblack decorations, which covered the walls and windows; the players only had artificial light. Did you like this style of organisation by World Chess?

- It was difficult at first, especially when there were a lot of people playing. The room seemed a little crammed for 16 players. The hall itself is fairly large, but the decorations took up some space, and there was also some place for spectators. And you can’t see what’s going on outside. We spoke with Alexander Grischuk about this and remembered that during the Superfinals of the Russian Championship, you looked outside and it would be snowing…we could meditate. It’sallquitenostalgic. But it’s fine, I could walk into the museum in the next room and look outside the window there.

- Do you get used to it after a couple of days and do you stop noticing the decorations?

- I can’t say that I am an ardent admirer of the design, since the hall itself is stunning and requires no decorations. I think that the organizers could have made an exception during the tournament and change their style. But that’s their prerogative.

- What are the other two GP legs you have to play in?

- In the final two- one in November in Hamburg and one in December in Tel-Aviv. It will be apparent who has played well and who is competing for the qualification for the Candidates Tournament.

The winner of the GP leg gets 8 points, the runner-up wins 5, semi-finalists win 3 and quarter-finalists win one. Grandmasters also win one point each for winning a match during the main period (i.e. in matches with classical time control).

The FIDE Grand Prix Series organized by World Chess consists of four events in which 21 grandmasters and 1 Israeli nominate participate. Each plays in three out of four tournaments. Two winners of the Grand Prix qualify for the Candidates Tournament in 2020.

The second leg of the FIDE Grand Prix organized by World Chess will take place on 11-25 July, 2019, in Riga, Latvia.