Everyone who follows the championship knows the gem of the second day already, so let us spare it for the conclusion of the article. Chronologically it would be quite correct, too.

One does not need diagrams to describe the World Champion's performance on this day. His only loss against Alexander Zubov is noticeable because Magnus was defeated with his own weapon – he handled an equal and safe ending poorly and without a plan, and gradually created critical problems for himself. Of his four wins, the game with Hrant Melkumyan stands out – winning it required tons of luck. However, there is hardly any need of showing how the Armenian managed to lose the position with a healthy extra exchange – the players are getting tired, and their nerves are getting strained, and it often leads to the most improbable outcomes. 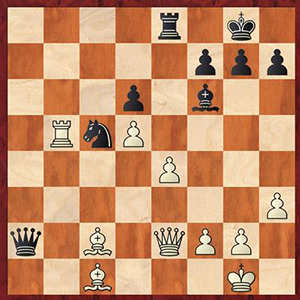 31.e5! Kf8. With his previous move Black placed the queen from а4 toа2, so one can conclude that White's pawn punch became an unpleasant surprise for his opponent.  Evgeny discovered the threats of32.Bxh7+ Kxh7 33.Qxa2 and32.exf6, and dealt with them. However, this gave White a more refined tactical idea. 31...Qa1, 31...Qa7 or31...Qa8 would be more tenacious.

32...dxe5. This sacrifice is little bit short of being totally sound, but under these circumstances it is probably the best practical chance. 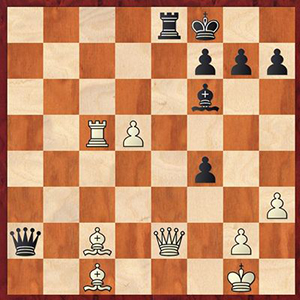 In the case of 34.Qb5! White would still be playing for a win, while 34.Qd1? Qa7! ledhim to an unpleasant and sad finale. 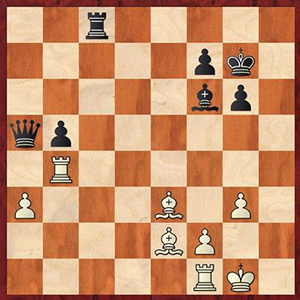 Vladislav Artemiev became one of the main heroes of the tournament middlegame. The key part of the following fragment is a backward queen move, too. 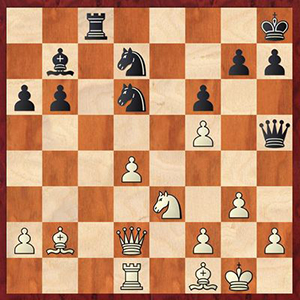 On the move 9 White developed his bishop to е2, on the move 15 brought it back to f1, and played g2-g3 only on the move 20. In the diagrammed position Black has no compensation for a pawn. An attempt to restore the material balance is strongly met by fianchettoing the bishop. 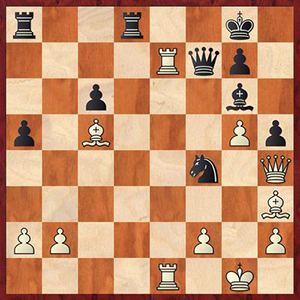 We will continue studying queen endings using Daniil Dubov's games as a model. Well, okay, don't take it too seriously. 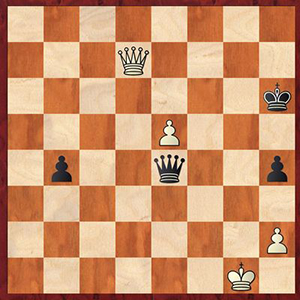 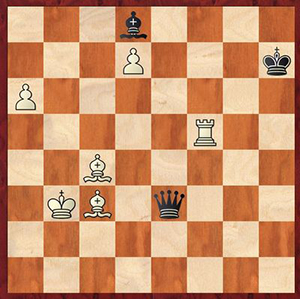 Daniil was in a big trouble in this game, but somehow saved half a point. In the diagrammed position the computer suddenly begins calculating moves to mate: 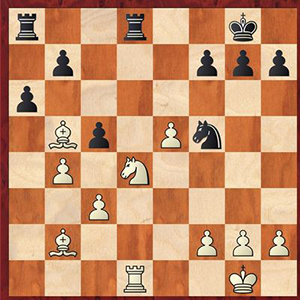 One can only guess the depth of the players' preparation. According to the database, the following move is a novelty. Apparently, learning the first 20 moves cold is not good enough.

22...Ne7. Black is better. Ivan eventually won without much trouble.

After losing to Wang Hao in the 9th round, Dmitry Andreikin managed to return to the leading group brilliantly. 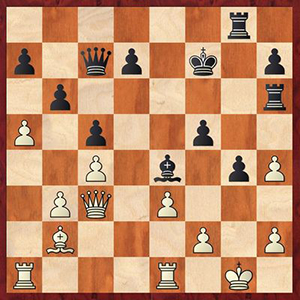