Kick Shot as a Remedy for Sudden Attack

Maxim Notkin reviews Round 1 of the FIDE World Cup.

After a first couple of days the tournament is already missing several favorites. One must give the underdogs their due: luck did not play any role in those games. Christiansen from Norway, Huschenbeth from Germany, and Yuffa from Russia, facing Wojtaszek, Naidisch, and Navara respectively, played strong and inspired chess. I feel uneasy and apologize to the readers for omitting their games in my review. The problem is that you cannot find a fitting fragment to illustrate them. Christiansen-Wojtaszek, Huschenbeth-Naiditsch, and Navara-Yuffa deserve to be examined from start to finish in much detail, which is not really our format, especially at this early stage with its abundance of colorful material. All I can do is recommend those games for individual work. One can also add Nihal-Cori to the list, as the Indian junior handled it splendidly.

We will turn our attention to more sparkling and easily digested fragments. For a warm-up, take a look at this simple tactical shot. 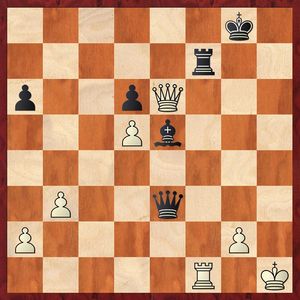 Ten moves back the Columbian grandmaster made a correct piece sacrifice and had a chance to equalize the match score, but did not manage to find the strongest moves and ended up in a lost position. White just pinned a rook by 39.Rb1-f1, but the pin hasn't lasted long.

Three leading Russian players produced nice examples of a direct attack. Queenside, kingside, or center – they covered them all! 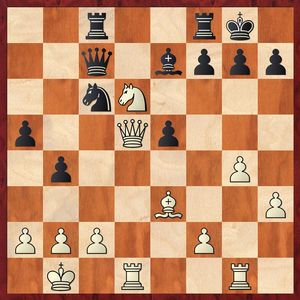 23...b3! A typical but always stimulating pawn punch signals a kickoff. The black knight is opting for the b4-square and eventually gets there despite the enemy efforts. 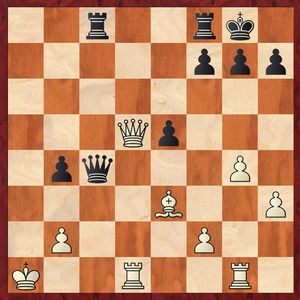 29...Qc2! An accurate move, blocking the white king in the corner. 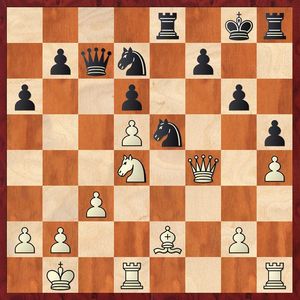 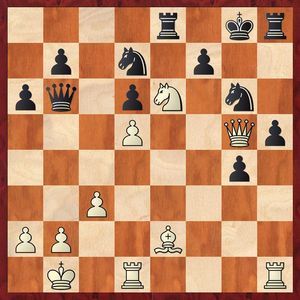 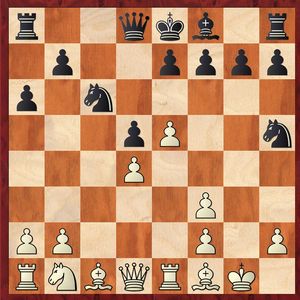 13.Nc3 f5. A correspondence game of 2006 saw13...Ng7. The most natural is still13...Bg7, aiming at quick development. Black takes big risks by not dealing with the white pawn, which seriously restricts his forces. 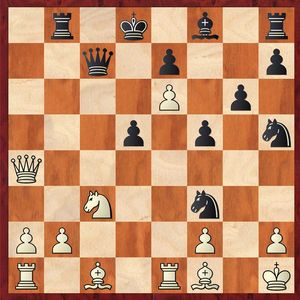 Giving back material does not help either. After 20...Rxb5 21.Bxb5 White threatens to place a rook on с1. If the knight moves away fromf4, White delivers the bricole Qa8-d5. 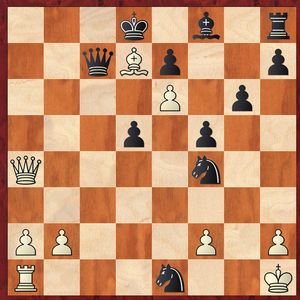 With the move in the text Black prepares to meet 21.Na7 by 21...Nxe6, however, White finds his pawn another defender.

21.Nd4! Due to devastating threats of Qd7# and Nc6+, the Cuban grandmaster gave up.

The following finale is yet another reminder to pay attention to the opponent's major pieces. 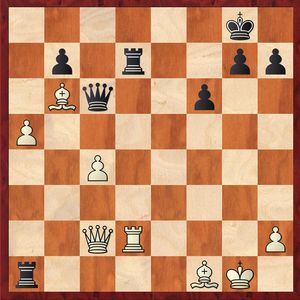 Let us now turn to missed chances and instructive errors. 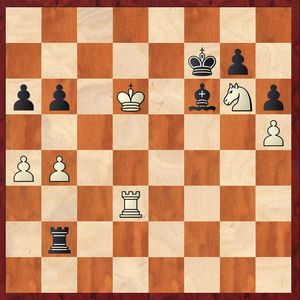 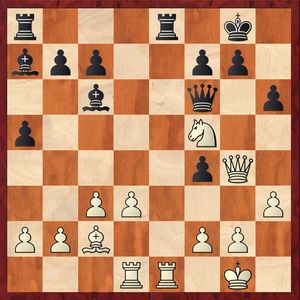 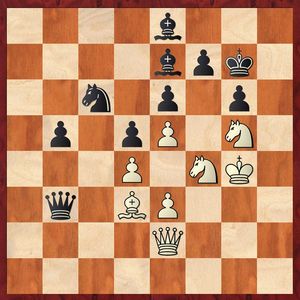 However, he went for 51...Nb4?, which turned out very unsuccessful, as it blocked an escape route for his own queen.

Tie-breaks were dramatic as usual, and “The most absurd mistake” category received many worthy nominations. Here is a typical example. 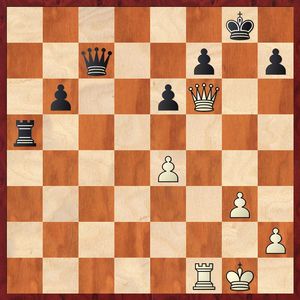 Black has an extra pawn, but with such an exposed king he cannot convert it into anything useful. One could move the rook anywhere on the a-file (except for a1, of course), or give a check with a queen and come back, or push the h-pawn – everything is a draw. 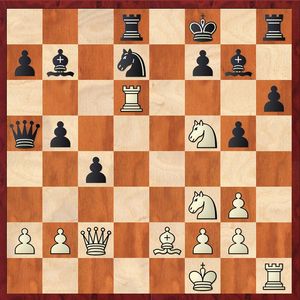 This position of the Anti-Moscow Gambit was tested in many correspondence events. Black can choose between 19...Qxa2 and19...Nc5. Everything else is bad. Ivan commits two errors in quick succession.