The Russian defeated Wag Hao in the play-off final. 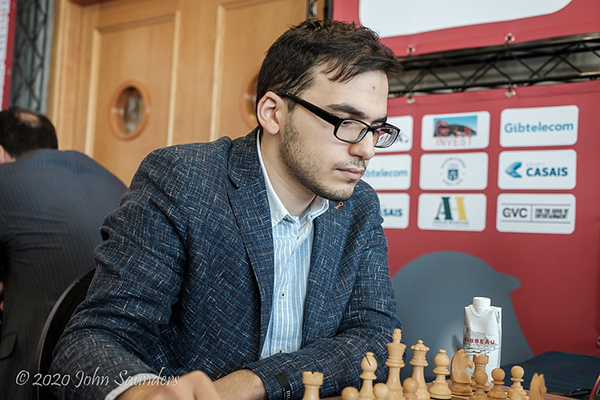 The final 10th round of the Masters tournament at the Gibraltar International Chess Festival was played on January 30.

According to the Regulations, the four players with the highest performance ratings qualified for the play-off to decide the first prize. In the semi-finals, Wang Hao faced Daniil Yuffa and Andrey Esipenko was playing against David Paravyan.

Wang Hao defeated Daniil Yuffa in both 10+5 games and advanced to the final, where he faced David Paravyan, whose encounter against Andrey Esipenko was concluded only in the Armageddon. They made all draws in rapid and blitz but Paravyan managed to win as White in the sudden death game.

In the final match, the Russian David Paravyan beat Wang Hao 1.5-0.5 to become the winner of the tournament.

Our congratulations to David Paravyan on winning one of the strongest open tournaments in the world and to Andrey Esipenko and Daniil Yuffa on showing successful results!