Several events are included in program. 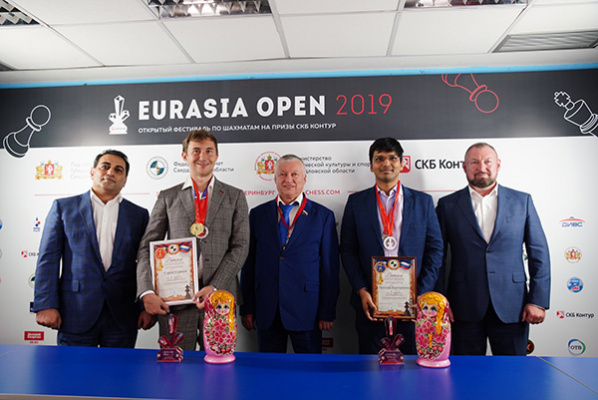 The solemn opening ceremony of the festival was held at the Palace of the sports games in Yekaterinburg.

During the opening ceremony, the Head of the Board of Trustees of the Sverdlovsk regional Chess Federation, RCF Vice-President, the 12th World Champion Anatoly Karpov announced that Yekaterinburg would make a bid to host the 2020 FIDE Candidates Tournament.

According to the President of the Russian Chess Federation Andrey Filatov, the RCF supports the idea. "The city has everything to hold this event at the highest level possible", said he.

The competition program of the event was opened with a match between the Russian Sergey Karjakin and Pentala Harikrishna from India. Grandmasters played 4 rapid and 2 blitz games. The match ended with a victory of Sergey Karjakin 3.5-2.5.

Stages of the men’s and children’s Russian Cups are also held within the frames of the event and they list almost 800 chess players from Russia, the United States, Uzbekistan, Kyrgyzstan, Belarus, Ukraine, Tajikistan, Germany, Moldova, the Czech Republic, Serbia and Kazakhstan.

Most of the rating favorites won their games on the first playing day at the Russian Cup stage.