Magnus Carlsen and Fabiano Caruana to Play in Germany 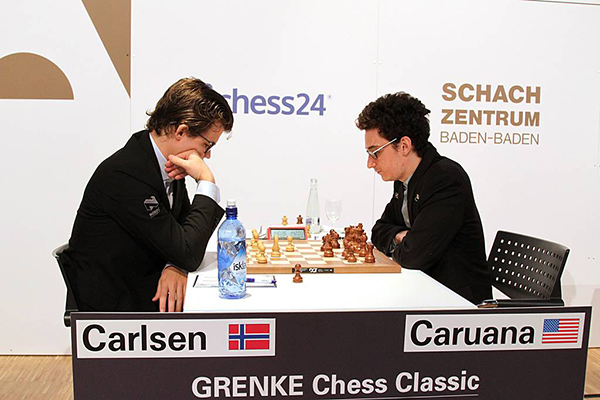 A traditional super tournament GRENKE Chess Classic will be played in Karlsruhe and Baden-Baden, from March 31 till April 9. The event will see the first encounter between the reigning world champion Magnus Carlsen (Norway) and the candidate for the title Fabiano Caruana (USA).

The third GRENKE Chess Open, a record-breaking event, will be held as well. Two days before the start of the tournament on Holy Thursday, more than 1500 chess players from all over the world have confirmed their participation. Etienne Bacrot (France) is the leader of the pack, followed by Richard Rapport (Hungary) and Wang Hao (China). The number-four seed is Rustam Kasimdzhanov (Uzbekistan).