Round 2 of FIDE World Cup Finishes in Khanty-Mansiysk

One sudden death game was played. 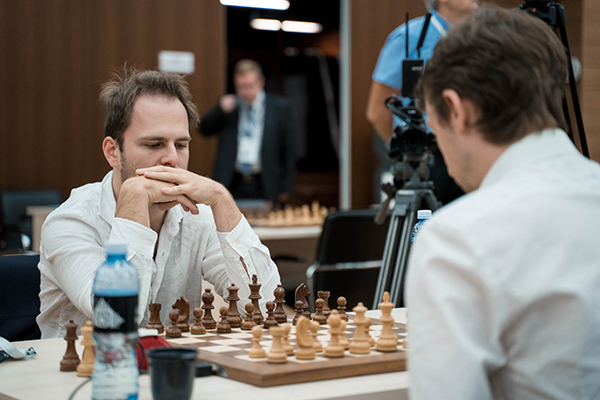 Tie-breaks of the Second Round of the FIDE World Cup were played on September 15 in Khanty-Mansiysk.

An overwhelming majority of matches ended after rapid chess games.

Giri - Najer and McShane - Yuffa matches were much closer.

Luke McShane (England) and Daniil Yuffa (Russia) exchanged blows first in rapid chess, then in 10+10 games. In blitz, however, the Russian won both games and advanced to the Third Round. One should note that in both starting rounds Daniil Yuffa was a big underdog, judging by ratings, and his performance is nothing short of sensational.

Anish Giri (Netherlands) and Evgeniy Najer (Russia) finished their first four rapid games peacefully. The 5-minute blitz match started with Giri's victory, but Najer managed to come back in the second game, brining the match to an Armageddon. In the sudden death game Anish Giri got the black pieces, won the game outright and advanced to the Third Round of the World Cup.

The first games of the Third Round will be played on September 16.