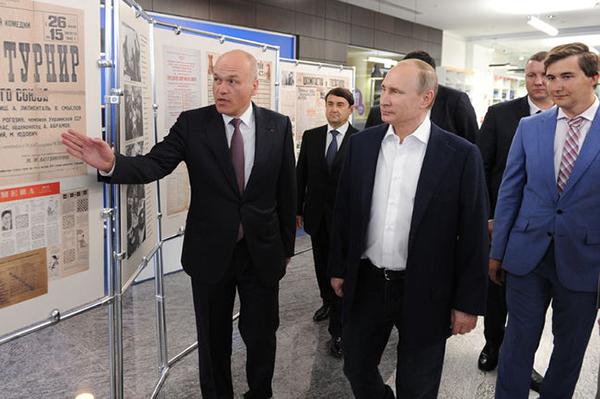 “Many people follow this match. The entire country is rotting for Karjakin, including the President. Naturally, we keep him updated on the course of the match”, tells Dmitry Peskov, Putin's Press Secretary, Chairman of RCF Board of Trustees.

The match score is equal after ten games – 5-5. There are two more games left to play.