Ju Wenjun: Winning the Match is the Most Important Thing

- Wenjun, congratulations on defending the Women's World Champion's title! Now that the battle is over, did you manage to realize the whole importance of it? What do you feel after the Match?

- Thank you! Certainly, this is the most important chess tournament in the year and also in my life. My coach Ni Hua and I have been preparing since the FIDE Women’s Candidates Tournament. I feel relief after the Match because I was kind of nervous during it.

- How was the Match unrolling for you? Which moments were the most difficult? What did help you come back after losses?

- Actually, after the first round, I felt that this Match would be tough and full of long games. The most difficult moment was after my loss in Round 8. I was one point behind and it meant that I had to win the next game. Luckily, my coach Ni Hua always helps me find some opening lines to surprise my opponent. During a free day, before Round 9, Miss Wang Pin (former Olympiad champion, member of our delegation from Shanghai), Wang Yunhan (my personal assistant), and Ni Hua played some poker games to relax. Sometimes, it can be a good distraction to change the mood. 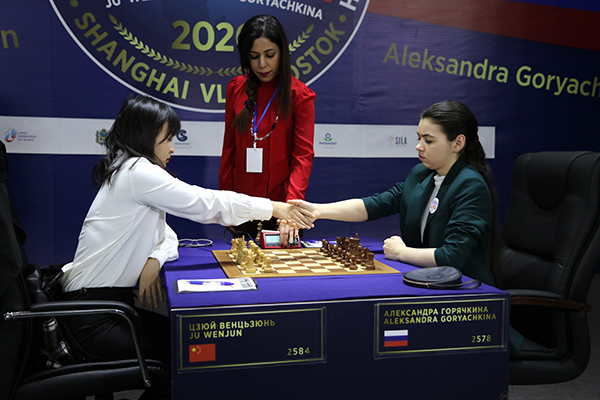 - How were you seeing your chances before the tie-break?

- I thought I had better chances because I had won the World Women’s Rapid Championships two times and I had good results against Aleksandra in speed chess. I just felt confident and I believed I could win.

- What do you think are the reasons for your opponent's defeat? Thanks to what qualities did you manage to outplay her?

- I believe my opponent has many good things in chess, like choice of openings, time control, etc. She has better chances in many games. Maybe the reason is the lack of luck… I think that good openings and defence helped me. Thanks to my coach Ni Hua, who teaches me how to play them (smiles). 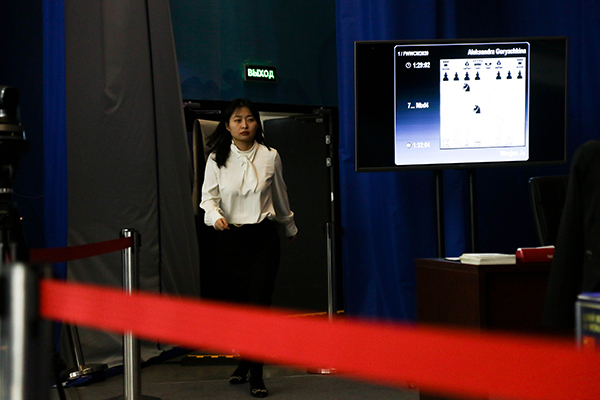 - What can you say about holding the Match in two countries? Was it difficult for you? Did you feel any additional pressure while playing at home, or did it encourage your spirit on the contrary?

- I think in the past, there were also matches held in two countries. It was not difficult for me, besides, Vladivostok is only 3 hours’ flight from Shanghai.

In Shanghai, I was expecting winning more points because it’s my home city and I get used to the food, weather, and environment.

- We saw only GM Ni Hua with you. If it is not a secret, was he your only second, or were there other coaches?

- Yes, he has been my only coach since 2016. We’ve worked for many years. He is a very good and hardworking coach, and our training was very serious. He helped me prepare all the opening this time and it worked good. 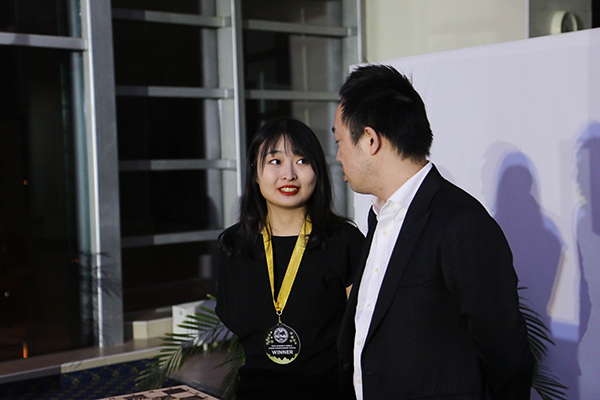 - How important are the psychologic aspects for you? Who helped you dispose yourself mentally during the Match?

- I was not good at psychology, and I don’t get an effect from it either. This time, Ni Hua, Wang Pin, Wang Yunhan and I were having lunches and dinners together and talked a lot. And as I said before, we also played some poker games.

- Were you following the mass and social media during the Match to read about yourself?

- I wasn’t following social media during the Match. I don’t think it helps in chess so I don’t read them.

- Do you have any special rituals or signs before the games?

- Well, I prefer to put knights looking at each other. it’s just a habit. 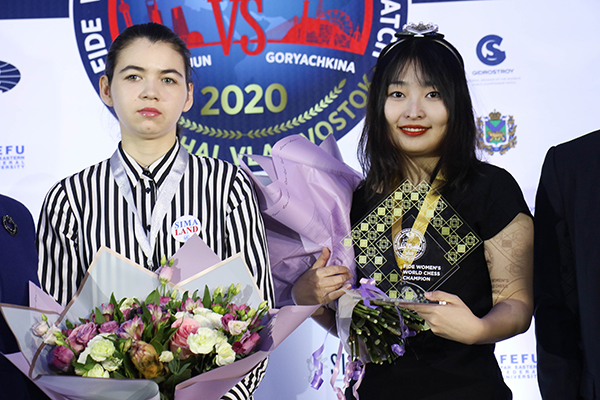 - How did you spend the Chinese Happy New Year? Your Birthday is quite soon, on January 31. Do you plan to make a grandiose celebration to combine these three events (Match, New Year, and your Birthday)?

- I’m spending most of the time at home with my family. I would like to celebrate my Birthday on January 31, maybe we will buy a cake. I feel that winning the Match is the most important thing so the celebration can be really simple.

- What are your next plans?

- To be a better person (smiles). I would also like to study some new chess openings. My next event will be the 2020 Cairns Cup in Saint Louis starting from February 6. 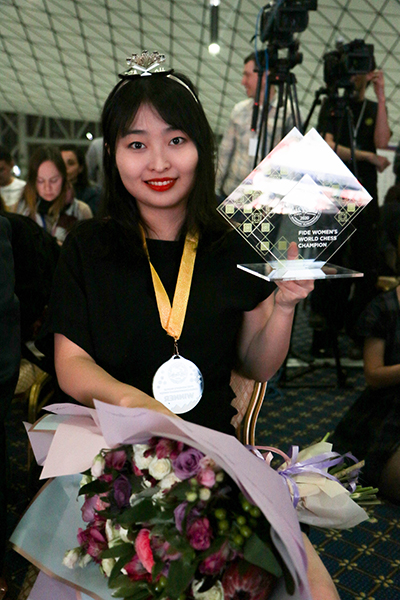