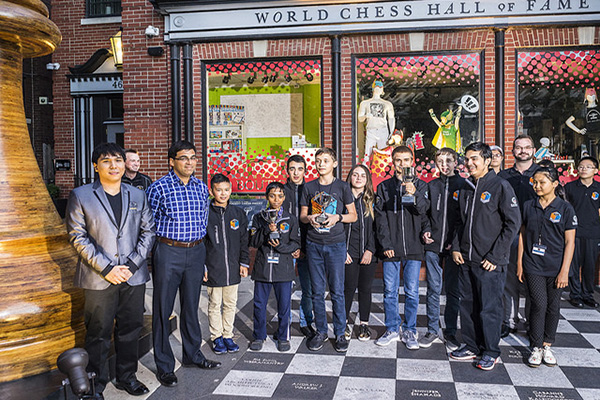 Photo: Lennart Ootes
The Match of the Millennials between young US and rest-of-the-world players under 14 and under 17 years old finished in Saint Louis with a convincing victory of the guests.

In the U17 group the World team (Haik Martirosyan, Andrey Esipenko, Aleksey Sarana, Anton Smirnov, and Aryan Chopra) defeated the US team 19-13, while in the U14 group the score is 11.5-4.5 in favour of the rest-of-the-world players (R. Praggnanandhaa, Nodirbek Abdusattorov, Bibisara Assaubayeva, and Nurgyul Salimova).

A former World Chess Champion Viswanathan Anand and the reigning US. champion Wesley So took part in the Closing Ceremony. The grandmasters have arrived in Saint Louis to participate in the next stage of the Grand Ches Tour - 2017 Sinqfield Cup (August 1-12).