I have long since seen such happy joy-filled faces as those of the chess players at a dinner in the Zhemchuzhina Hotel who have arrived at the team championship from Loo. There has arrived quite an impressive landing force from the children's championship: players, coaches (many of whom will turn into players for the next 10 days themselves), arbiters ... The recreation facility AquaLoo is undoubtedly our everything, but Zhemchuzhina is like an icing on the cake!

It was only recently, November last year, that the Grand Hotel hosted the 2020 team championship, postponed for six months for obvious reasons. Only the men's Premier League and the women's championship were in time to finish then. It's nice that this time we managed to return to our usual schedule (It is more fun to be in Sochi in spring than late autumn) and also add the Higher league of the men's championship, which, after all, includes as many as 26 teams from all over Russia. We have yet to revive children's and veteran championships, but the seniors and young talents have joined many squads already. There are also such standalone teams as "Veterans of Russia", which are captained by Evgeny Sveshnikov and Galina Strutinskaia.

There are nine teams in the Premier League, and the tenth one was not to be found. Honestly speaking, professional clubs are experiencing hard times, and now one can only recall with nostalgia the grandiose battles involving Malachite, Tomsk-400, the Economist from Saratov, and later Siberia-Sirius... However, still in line are Mednyi Vsadnik (N. Vitiugov, M. Matlakov, K. Alekseenko, A. Esipenko), and the Moscow Chess Team (A. Predke, V. Malakhov, E. Inarkiev) continues to come up with a strong and well-matched lineup. In addition, the KPRF team (D. Andreikin, A. Dreev, E. Alekseev) has been raising the bar ever higher, and Molodezhka (D. Dubov, M. Chigaev, D. Paravyan), put together by Daniil Yuffa’s efforts, harbours high ambitions. In the new season, the Tyumen team has a serious sponsor - the Wildberries company and the Gemotest laboratory. The Kazan Ladya with V. Artemiev, G. Oparin, A. Timofeev and the talented youth can give you any number of surprises. The championship’s first-timer — "Gogolevsky, 14" represented by the men's national team coach A. Motylev on board one and the CFR executive director M. Gluhovsky on the last board looks quite promising.

The women’s Moscow Chess Team looks very formidable with K. Lagno, P. Shuvalova, A. Kosteniuk, A. Bivol, D. Voit. However, there is nothing impossible for the well-knit team of Ugra (A. Ushenina, N. Pogonina, O. Girya, M. Gusev, B. Kovanova), as we know only perfectly well. M. Shusharin has put together a combative team titled Southern Ural: V. Gunina, O. Badelka, A. Maltsevskaya, E. Solozhenkina, Y. Mukhina. And there is also the St. Petersburg SShOR (A. Bodnaruk, D. Belenkaya), and Kimmeria from the Crimea (T. Vasilevich, O. Gritsaeva), and Youth of Moscow (E. Kovalevskaya, D. Dordzhieva). ADDA’s Amazons from Kursk region please your eyes with all the colors of the rainbow. In general, they are going to fight hard for the medals and sympathy of the audience! 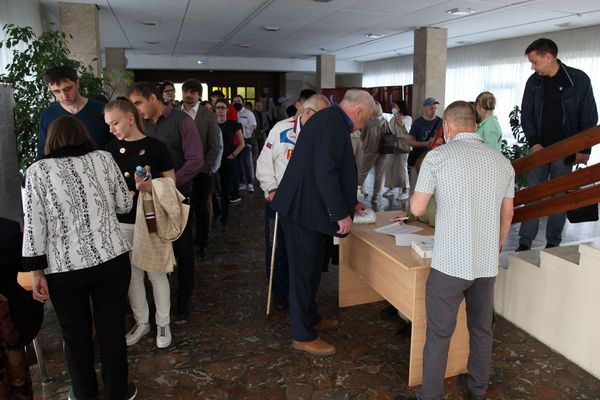 On entry to the tournament hall, all players are checked for body temperature on a compulsory basis, so the organizers ask chess players to come in advance. One is allowed to show up one hour late for the game, but it takes 5000 rubles to do so. If, God forbid, someone's temperature rises above 37.0, this chess player will need to go to the doctor, who is constantly on duty in the hall, and the doctor will decide what to do next. Infection safety regulations are strictly complied with: alas, one of the teams was unable to make it to the competition due to a positive PCR test of one of its representatives. You will find antiseptics everywhere in the playing hall, and the opponents are separated by protective screens, thanks to which you can do without wearing masks. Only arbiters are required to wear masks at all times, and chess players are free to choose on their own. 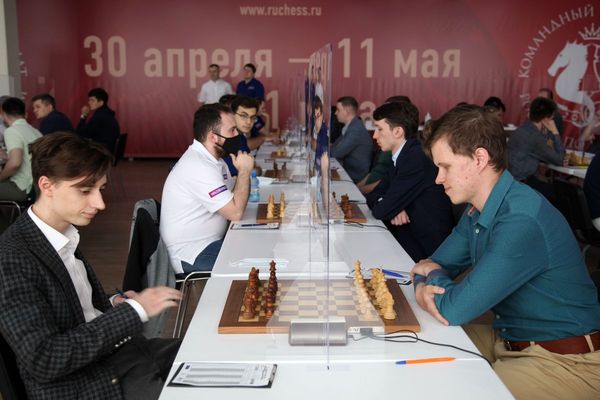 Yuffa was pressing Ramil Faizrakhmanov quite effectively at the last board, but missed a few chances to score. One of bullet-proof winning positions is shown below: 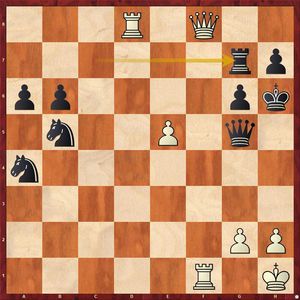 The engine promises checkmate in nine after 36.Rd3. However, being in time trouble, White not only missed the win, but even went on to lose the game.

Mikhail Antipov equalized the score in the match, defeating Maxim Samusenko as Black. The rest of the games ended in a draw. Alexander Riazantsev put Rail Makhmutov to the torture for as long as 111 moves: as a result, the opponents reached the endgame “king and h4-pawn vs king”, where the black king managed to make it to f7.

One of the leading Northern capital city’s players managed to take his opponent in a nice bind. 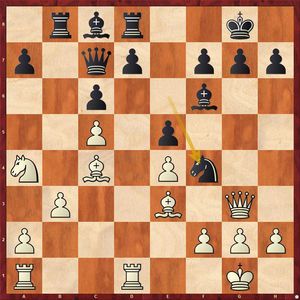 With a weak hope of driving the rook away and breaking free via d7-d5. However, there is no getting rid of the rook that easy.

A nice-looking infiltration! The с8-bishop is walled up reliably, and taking on e7 exposes Black’s home rank’s defenselessness. 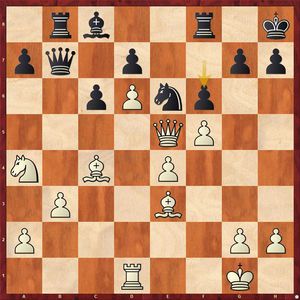 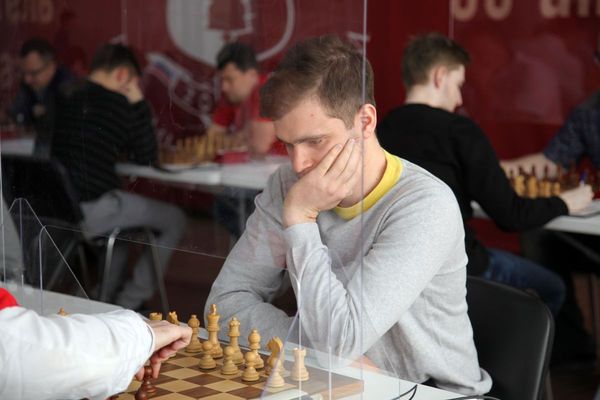 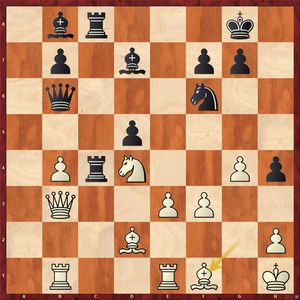 They would usually compare positions like this to the gathering of clouds.